The father of one of the four young men who were shot in a drive-by road terror attack late Monday night near Shvut Rachel in the Binyamin region has asked the public to pray for his son.

The father of Malachi Moshe Rosenfeld, who is listed in critical condition, has asked those who are willing to pray for his son “with a full heart.”


He told reporters Monday night at the hospital, “We are aware that your prayers have power. Please pray for my son with a full heart, so the Holy One, Blessed Be He, will save him and send him a complete recovery. We are confident that He will send him the strength to fight and that the doctors will perform as they should. We trust them; they are great angels, like our son. Thank you and thank all of Am Yisrael.”

The family has already lost the boy’s older brother, who once was an air force pilot. He died in 2002 during a hike in Nachal Tzeilim.

Two of the men, ages 34 and 26, are at Hadassah Ein Kerem Medical Center. Both are stabilized and are in fair condition with moderate wounds. The other two are at Shaare Zedek Medical Center (earlier reports they were transported to Sheba Medical Center were erroneous), including Malachi Moshe Rosenfeld, who remains in critical condition. All four are residents of Kochav HaShachar, another Jewish community in the Binyamin region of Samaria.

The men were on their way home from the community of Eli, traveling northbound on the Alon Road, when Palestinian Authority Arabs opened fire at their vehicle, peppering it with bullets.

In a separate incident, the female soldier who was stabbed Monday by a Palestinian Authority terrorist at the Rachel’s Tomb checkpoint has awakened, is breathing independently and is able to communicate with her family and the hospital staff, medical officials told media Tuesday morning. 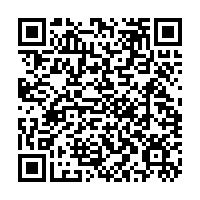