You know that part of the road where you go up and then suddenly go down and your stomach takes a second to catch up? You know that feeling when you get to the edge of the fall of a roller coaster and then begin falling? You don’t know how far you will fall; you just know that you weren’t ready. All the time in the world to think, to prepare, and there you are, at that point so much earlier than you expected.
Israel has just been attacked from three fronts in the last few days. A rocket landed in the Golan Heights, fired from Syrian territory earlier in the evening last night.

And then, later in the evening, air raid sirens wailed in Eilat without warning and four missiles were detected. Iron Dome shot down three while the fourth exploded in open fields. Yesterday, Gaza fired a rocket at Israel – it landed in the Ashkelon beach area.

Or, as often happens, Israel might strike back strongly. A not-gentle reminder that we are not interested in war, but will not hesitate to defend our land and people. Maybe, the message will be delivered and maybe Hamas and Hezbollah will pull back.

Stupid is doing the same thing over and over again and expecting different results. One could easily dismiss our enemies as being stupid. I mean, come on, they’ve been attacking us for almost 70 years (and actually before). They’ve succeeded in making us suffer and cry. We are a nation that cries easily and perhaps that makes them think we are weak.

The sad reality is that we are strongest when we cry; more united, more determined. There is no nation on earth that in invincible but the nation of Israel, when pushed against the wall, comes pretty darn close. Push us, attack us, and you will not like the results.

Under normal circumstances, we’ll listen to the world (sadly) and we’ll pander and dance and hesitate because ultimately, we keep testing whether finally our enemies have awakened to the truth – that life is worth living, worth celebrating and death is not a glory, a goal. But attack us, push us, harm us and oh my goodness, at least be smart enough to run, to hide. Of course, that won’t stop us, but never mind.

So – war or de-escalation? What will come in the next days? I’m praying that they will back down; that the rockets and mortars and missiles will stop. My son is on the border and I can’t sleep or breathe if I think about how close he is, of missiles being fired towards him. Been there, done that…oh God, I don’t want to do that again.

I’m on the edge of the roller coaster again. It is a place I have been so many times in the last 10 years and still, I wasn’t prepared. It comes so fast. You’re going along, congratulating yourself on really handling things well. You’ve got lists and places to go and meetings to attend. You’ve settled into a regular schedule. He comes home; you back him brownies. She leaves for school; you go to dinner with the grandchildren. It’s really all very simple, until you reach that point, and your stomach just falls.

Is war coming in the next few days? Who asks that question? 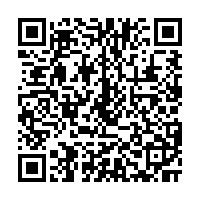