The Torah is the holiest of books in the Jewish religion. The Torah is the first 5 books of the Bible – in English – Genesis, Exodus, Numbers, Leviticus, Deuteronomy…in Hebrew the names flow more easily, have more meaning. They are – Bereshit, Bamidbar, Shmot, Vayikra, Devarim.

The Jews and the Torah have a very unique and ancient history. The Torah is a gift that God gave to us thousands of years ago. It is something we as a people cherish. We stand when the Torah is taken from its resting place in the synagogue. We kiss it as it passes us. We stand as it is walked to a center table where it is read aloud, three times a a week and on holidays. We stand in respect, and in love – always in love.


On Simchat Torah – a holiday that translates as the “Happiness of the Torah” – we celebrate having successfully read the entire Torah over the space of a year. We dance with the Torah and sing. We gather our children and bless them before it – and then, having finally finished the very last word (which is the word “Israel”), we immediately start reading it again so that not a day goes by without there being more we have to read.

On this Simchat Torah, I sat with my mother and watched the men circling and dancing below. And I pointed to one Torah, smaller than the others and started to tell my mother its story. Unsure of some details, I turned to the women behind me and asked them to again tell me about it. These are the daughter-in-law and her sister of the man who owns the Torah, who saved it and brought it to my synagogue.

On November 9, 1933, the Nazis went on a rampage and burned synagogues, Torahs and holy books throughout Germany. They beat and murdered Jews – it was a national celebration of hatred that would herald more than a decade of agony and anti-semitism and culminate in the murders of more than 6 million Jews. It was called the Night of the Broken Glass – Kristallnacht – for all the broken windows and destruction. It should have been a signal to the world, had they only listened and in the deafening silence that resulted, it was a signal back to Hitler. Go ahead – murder your Jews, burn their holy Torah scrolls. Go ahead…and they did.

Yesterday, there were about 8 or 9 Torah scrolls around which the men in our synagogue were dancing. One was written a bit over a year ago in memory of a friend of mine and so I watched the men dance around Ziva’s Torah. Ziva was a beautiful and lively woman who died too young and as I watched her Torah circle below, I saw the beautiful woodwork on the edges of her Torah and smiled – she always had so much style.

But the one that caught my eye over and over again was the small Torah in the green velvet wrapping. The green material was a bit faded and looked very old. In 1933, that Torah had been in a synagogue in Germany when the Nazis came and set the building on fire. The roof collapsed the next day and it rained; the Torah scrolls in the synagogue were badly damaged. The elderly father who was in our synagogue for the holiday took the Torah scroll and tried to have it fixed but it was too badly damaged.

Most Torah scrolls are buried when they can no longer be used. This one could never be read again to a congregation to fulfill the commandment of reading the Torah out loud three times per week. It was taken to France and then, after the war, when the family came to Israel, the Torah came with them.

It is taken out each year, honored for its history – it survived the Nazis; today, they are long gone but the Torah remains. It is given a special honor – it leads the other Torah scrolls around as the men dance and circle and sing.

Seven hakafot – seven circles are made on the holiday – each circle taking long moments as everyone sings and dances. One of the circles was led by an elderly man who walks painfully slow. He is bent over and I cannot even begin to guess his age. He held his Torah, wrapped in the ancient green material and I watched as my mother’s eyes filled with tears. 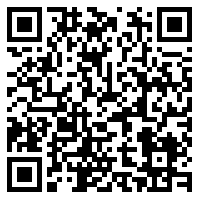