According to recent news reports, the Egyptians are mad about the recent attack that resulted in the deaths of 16 Egyptians. They are right to be mad. What is interesting is that the world supports their going after the terrorists who planned and implemented the attack. Where Israel would never get a green light to hunt these terrorists down (at best, we would get silence after the fact), Obama’s government and others are all in support of Egypt’s actions, stating it will bring more stability to the new Morsi government.

To accomplish this hunt, the Egyptians need serious military equipment. They have identified 1,600 terrorists and to get them, they have moved in tanks and anti-aircraft missiles into Sinai. This is a violation of the 1979 peace agreement with Israel. One would think that if Egypt was about to violate the agreement, they would, at least, contact Israel and tell them so.

They didn’t, of course.

Israel contacted the US, which contacted Egypt. That’s all well and good but have a simpler question…why does Egypt have to move in anti-aircraft missiles? Have the terrorists demonstrated any indication that they have aircraft? And how many tanks do you need to go against 1,600 terrorists?

I’m all for cleaning out the Sinai of it infestation of terrorists – an infestation that was allowed to happen by successive Egyptian governments. But I do not understand why anti-aircraft missiles and tanks are required. And, if they are for some reason the only method that Egypt knows to use, they should have acknowledged the peace accords and their hope/intention of violating them temporarily to accomplish their task. No such announcement was made in advance.

The Egyptians have never proven themselves to be particularly open or honest in their dealings with Israel. At least four wars have been fought between our countries. Peace is a fragile thing that must be nurtured. It must be built on honest dealings and trust. Moving tanks and anti-aircraft missiles violates not only the agreement, but the trust as well. 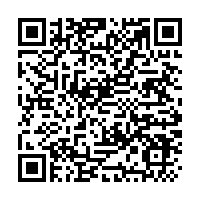