Mariam Farhat died recently in Gaza. She had 10 children, six sons. Three of her sons died committing terrorist attacks for Hamas; one is in an Israeli prison. The night before her 17 year old son, Muhammed attacked a school and murdered five students, Mariam joined him in a pre-suicide video in which she wished him well on his journey to be a martyr. She was so proud of him. When she heard that her son had died, she handed out sweets and proudly proclaimed, “Allah Akbar” which translates to Allah is great in Arabic (and sounds awfully close to “Allah is a mouse” in Hebrew).

After Israel withdrew from Gaza, Mariam visited the village where her son had killed people and took a piece of the outer fencing to mount on her wall as a symbol of his life…I mean his death. Another son was killed while driving in a car with a rocket which exploded when an Israeli jet identified the target. Israeli lives were saved; Mariam had herself another martyr.


In case you haven’t figured out how I feel about her, let me share some of her words:

“I protect my sons from defying Allah, or from choosing a path that would not please Allah. This is what I fear, when it comes to my sons. But as for sacrifice, Jihad for the sake of Allah, or performing the duty they were charged with – this makes me happy. There is no difference. This is Islamic religious law. I don’t invent anything. I follow Islamic religious law in this. A Muslim is very careful not to kill an innocent person, because he knows he would be destined to eternal Hell. So the issue is not at all simple. We rely on Islamic religious law when we say there is no prohibition on killing these people. The word ‘peace’ does not mean the kind of peace we are experiencing. This peace is, in fact, surrender and a shameful disgrace. Peace means the liberation of all of Palestine, from the Jordan River to the Mediterranean Sea. When this is accomplished – if they want peace, we will be ready. They may live under the banner of the Islamic state. That is the future of Palestine that we are striving towards.

And more…here is an interview with Mariam – in her words.

She died in a hospital of health complications at the age of 64 – lung ailments and kidney failure.

There is something incomprehensible to me in this story; something that makes me wonder if I have anything in common with this woman. I am a mother of three sons. I have watched two grow and marry and my greatest fear for them would be the very thing this woman wished on her sons. She wished them to die – yeah, sure – as a martyr…whatever the heck that is.

Muhammed was 17 years old. She encouraged him to die – her greatest fear was not his death, but that he waste the opportunity of not dying as part of an act to murder others.

As a writer, I am forever trying to adhere to the laws of grammar and to use (and sometimes abuse) them for the good of a post, article, or manual I write. And here, I add a paragraph and laugh at myself. I don’t even want to mention my son David in the same paragraph as Muhammed. Davidi was raised with love – not just to receive it, but also to give it. He was taught that he is part of a community and so he volunteers with a local youth group and with the local ambulance squad.

Davidi, my precious Davidi is 17 years old. He’s tall; he’s so beautiful – and he goes out all the time, not waiting for a chance to attack, as Muhammed was taught from the time he was 7 years old. Instead, Davidi goes out with ambulances, trying to save lives…and in truth, the lives he saves are sometimes Jewish lives and sometimes Arab lives. This woman dared to call herself a mother?

I thought to write a message to this Mariam but in the end, the truth is that she turns my stomach. I cannot call her a “mother” because she thinks being a mother means only the act of giving birth. There is so much more to being a mother than that. If you are blessed, as I was, your births are not to difficult and you move on – on with that baby that wants to learn so much. What you teach them is what counts so much more than the physical act of having them leave your body.

Chiseled Out Of Stone 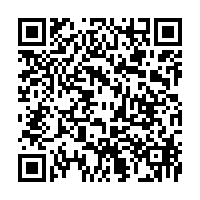