As I write, the funeral for Shimon Peres is in progress at Mt. Herzl in Jerusalem.


Numerous “world leaders” like Barack Obama, Prince Charles, Justin Trudeau, Francois Hollande, Bill Clinton, Ban Ki-Moon, Tony Blair, the EU’s Donald Tusk, and many other important and not-so-important personages are there. Even Mahmoud Abbas, whose Fatah movement demonized Peres as recently as yesterday, is present. Obama will be the last foreign speaker.

The main roads between Jerusalem and Tel Aviv will be closed before and after the event. Many streets in Jerusalem are closed, and traffic on alternate routes is expected to be nightmarish. Hamas has declared today a “day of rage” in honor of “criminal” Peres. I can imagine that every policeman and security person in the country is on duty. Arab and Jewish “extremists” have been preventively detained. The funeral itself will be closed to the Israeli public for security reasons.

I am sure that this is what Peres wanted – enjoying adulation was a weakness of his – but personally, I find it distasteful, even offensive.

The funeral should have been held on the day that he died, as is customary in Judaism. Then it would have been impossible for most of these political celebrities to be here, and that would have been as it should be. The people of Israel who actually care for Peres would have come, the Israelis who know about his tireless work in the 1950s and 60s when he managed the relationship with France that got Israel military hardware that no one else would sell us, when he created the Israeli arms industry and spearheaded the development of Israel’s nuclear deterrent. There are even some that remember and appreciate Peres’ support for the settlement project in the 1970s.

The foreign guests don’t know much about Peres’ contributions to our security, and I suspect he wouldn’t be quite so popular with them if they did. What they admire about him was his leading role in the Oslo Accords, which several commentators have called “the greatest strategic mistake in Israel’s history,” and his continued support of the “peace process,” despite its profound and bloody failure. They are sorry to see him go because he could be used to support their objective of piecemeal dismemberment of the land of Israel.

Future historians will decide whether Peres’ early successes cancel his later disastrous failure. But there is no doubt of his sincerity. He did his almost superhuman best, sacrificing his personal life for his work. He dedicated himself to the state of Israel and the Jewish people. And there is no doubt that many of our guests would like to see that state disappear and that people finally leave the stage of history, which is why they laud Peres’ worst hour as his finest.

I wish they weren’t here, not the ones responsible for the millions that European nations give to subversive Israeli NGOs, or the one who freed Iran to develop nuclear weapons and gave them billions for terrorism. We don’t need to listen to another lecturing, self-serving Obama speech, or to Bill Clinton comparing Shimon Peres to John Lennon. We certainly don’t need more traffic and security headaches.

But all things pass. Later today, the politicians that are praising Peres for the wrong reasons will go home. Hotel guests that were kicked out of their rooms to accommodate their entourages will be able to return, and the traffic jams will finally thin out. Soon it will be Shabbat, and then the Jewish people will mourn their loss among themselves. 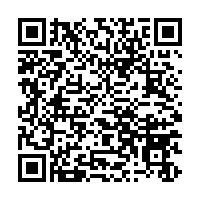