As we take our leave from 5776, I would sum it up as the year that Israel discovered the correct paradigm for dealing with her adversaries.

In previous years, many believed Israel’s military superiority allowed and even obliged her to take “risks for peace.” Others believed that propping up the economies of Israel’s neighbors until they were on par with her own, while giving up land, would bring peace.

But in 5776, Israel discovered that the secret for a relatively peaceful status quo comes not from creating economic parity, giving away land or taking risks, but rather by creating economic dependence, along with the application of Israel’s military superiority.

It should be made clear that a peaceful status quo is a separate discussion from what Israel’s long term vision for the region should be — whether that solution be Israel applying phased or full sovereignty over all of Israel’s territories, a confederation with Jordan, or some other ideas not yet tested or considered.

It’s been repeatedly noted that only one of the terror attacks by PA Arabs in this recent terror wave was executed by an individual with an Israeli work permit.

Israelis have learned that no matter how much their neighbors may hate them (and by the way, not all of Israel’s neighbors close and far hate Israel), or how much incitement they absorb from Palestinian Authority TV and the Islamic preachers, their families and villages depend on the money they make from Israelis, and all of them, save one, would not dare risk that.

Incidentally, Israel would probably help the future stability of Judea and Samaria by announcing it will guarantee PA police salaries should the Palestinian Authority collapse under the weight of its own incompetence and corruption or Abbas’ retirement or death.

There’s very little that creates more loyalty than a paycheck paid on time.

Despite the roadblocks set up by Israel’s High Court, 5776 concluded with Jordan signing a $10 billion gas deal with Israel, which a Jordanian official said will save Jordan $600 million a year. It’s a deal that might very well tie Jordan’s economic stability to Israel for the next 15 years, along with the fresh water that Israel provides them.

As these countries and others become more reliant on what Israel has to offer, there will be a gradual, visible change in their public attitudes, voting in international forums, and policies towards Israel, as Prime Minister Netanyahu pointed out in his speech last month before the UN General Assembly.

On the military side, this past year, the IDF finally resumed its function in actively preventing terrorism, rather than restricting itself to a reactive mode. IDF soldiers have been raiding the hornet nests in the Palestinian Authority every night, to confiscate illegal weapons and ammunition, uncover weapons factories and erode the terror networks of Hamas, the PLO, and the various Islamic Jihadi groups which expanded operations under former defense ministers Ehud Barak and Moshe Ya’alon. And, surprisingly, these IDF actions hardly provoke any international condemnation, save for criticism from Haaretz.

It was also the year Israel has actively taken on BDS, and began to beat it down, state after US state.

Obviously, all was not rosy this past year.

Thanks to the Iran deal, a revitalized Islamic Iran has been expanding its terror operations. But as Iran and their client Hezbollah try to establish terror bases on Israel’s Golan Heights’ border, Syrian Rebels are fighting those Iranian and Hezbollah terrorists on the Golan — the same rebels who are reportedly receiving much-needed medical aid from Israel.

There has been an upswing in Israeli Arabs participating in terror attacks and joining ISIS due to Islamic radicalization, incitement and propaganda, but Israel is already learning how to deal with them.

Hamas is still destroying Gaza as it continues to prepare for another round of fighting with Israel.

In the spring of 5777, Israel will celebrate 50 years since the liberation of our ancient lands of Judea, Samaria and eastern Jerusalem from the illegal Jordanian occupation. Expect the usual NGOs (under new names and old) and Israel haters to foment their venomous propaganda, and also expect fewer and fewer people, everywhere in the world, to pay attention.

There’s concern over Obama’s anticipated November surprise at the UN.

And, of course, there will be the new challenges that either candidate for US president will present to Israel.

At the JewishPress.com we believe we have reason to be optimistic.

Israel has made significant positive changes this past year, with strategic, long term ideas being implemented, already with noticeable results. 5777 will bring challenges, even difficult ones, but we believe Israel is ready for them. 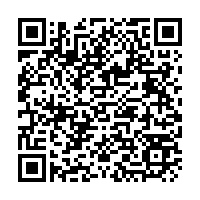