This ludicrous article by Dave Zirin in ‘The Nation” (which claims Israeli police attacked two ‘Palestinian footballers’ in an unprovoked attack) with the dramatic headline “After latest incident, Israel’s future in FIFA is uncertain” has been widely distributed around social media sites. The naive youngsters who distribute and read it are completely unaware that the Nation is a communist sympathising magazine (see its support for Putin’s intervention in Ukraine here). But there is something extremely strange about this story. Although some of the usual anti-Israel sites are carrying the story, the source appears to be the antisemitic Palestinian news agency Maan which has a very long history of spreading complete lies.

In fact the only ‘main stream’ news organization that I could find carrying the story was the leftist Israeli newspaper Haaretz – which always prints any story it can that can discredit Israel. But even Haaretz (despite the irrelevant anti-Israel picture) tells a very different story from the one by Zirin and includes the following rather relevant information about the incident that was curiously not mentioned by Zirin:

A Border Police spokesman said, “During operational activity, a group of individuals was seen just seconds before throwing bombs at security forces. When they saw the Border Policemen, the group attempted to run away and tried again to throw bombs at the policemen. The policemen initiated the protocol for opening fire in order to neutralize the threat. The suspects were apprehended, and a bomb was found on them, which has been deactivated.” The response included a picture of the bomb.


In fact, further evidence of Zirin’s libel is his apparent total fabrication of the details of the medical treatment received by the bomb throwers footballers. He says

Ten bullets were put into Jawhar’s feet. Adam took one bullet in each foot. After being transferred from a hospital in Ramallah to King Hussein Medical Center in Amman, they received the news that soccer would no longer be a part of their futures.

But even the Maan report admits that the men

were taken to an Israeli hospital in Jerusalem

The two Palestinians are under guard in Hadassah University Hospital, Ein Karem, have been operated on for their gunshot wounds, and will remain there until their treatment is finished.

To put this whole ‘Football/FIFA’ aspect into context it is worth remembering that Hamas used their FIFA-funded football ground to launch rockets at Israeli cities in November 2012; moreover, the many supposedly ‘pro-Palestinian’ sites that are quick to promote any libellous nonsense they find about Israel were completely silent about this story where several Palestinian football fans were beaten to death by police in Jordan.

More on the relentless football Jihad against Israel here. 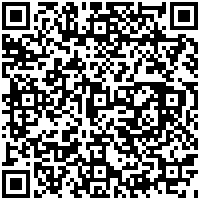