if you are a parent who wants your child to get an education that includes both limudei kodesh and limudei chol, you have no business voting for Moshe Abutbol for mayor.

Moshe Abutbol’s city government does everything it can to avoid helping schools that are not the mainstream haredi schools. If a school is more “open” than the average ‘cheider’, it will likely be generally brushed off and its needs ignored.

I have it on good authority, including having a document on Iryah stationery, that a local school is being refused a plot or building in a local area, forcing parents to pay extra money for transportation, making the kids leave earlier than what should be necessary because they have to travel to school instead of being able to go to school locally, all because some unnamed rabbonim have opposition to the school. When it was pointed out that many local rabbonim are involved in the school in various ways and come to speak at the school, the school was told that other rabbonim don’t approve. And I am talking about a haredi school and haredi rabbonim.

While it may not be completely Moshe Abutbol’s fault, and it would be more directly the fault of one of his supporting parties, the fact that the Iryah can reject such basic assistance for such a reason is a black mark on Moshe Abutbol’s entire administration. They may not like the school, but it is a local school servicing local families and they should have to provide the required services. This is an example of Abutbol being controlled by the more extreme elements of the city.

As a matter of fact, the Agudah party, Gimmel, has gone on a campaign to try to pick up some of those disenfranchised parents. The hassidishe parties have always been mroe open to these types of schools. While I do not know how much they helped in the past,, they are starting to post letters around the neighborhood stating their commitment to helping these types of svchools. There was a letter recently of Gimmel committing to help Magen Avos, and now there is a letter from Gimmel committing to support the Mesivta. If you plan to vote for a haredi party, you might even want to consider voting for gimmel because they are the haredi party that is willing to publicly help these schools out. Will they or will they not – I have no idea, but we know the other party under whose blanket these schools should fall (both for the clientele and for the fact that it has held the haredi education portfolio) and the mayor is already not doing what they should do.

As I said, you don’t have to send your child to either of these schools, or any other similar-styled school, if that’s not the way you want to educate your children. but it is unconscionable that the Iryah will refuse to help a school because the more “extreme” rabbonim of the neighborhood don’t want him to.

Nobody is saying these schools need to be given buildings in the heart of the haredi areas. RBS A is not monolithic, and a building or plot can be situated in a more diverse section of the neighborhood. But they continue to refuse the most basic assistance to these schools, and probably to others as well that I am not aware of. And their needs aren’t always in the form of buildings – they have other needs that the Iryah provides to other schools but ignores these, and probably other, schools just because they are not mainstream haredi schools. 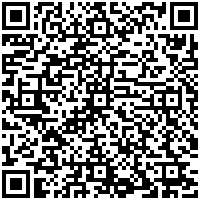