The Arab League refused to recognize Israel as a Jewish state in the framework of current peace talks with the Palestinians, as per Israel’s demand.

On Sunday, Arab League foreign ministers released a resolution at a meeting in Cairo that supported the decision by Palestinian Authority President Mahmoud Abbas.

“The council of the Arab League confirms its support for the Palestinian leadership in its effort to end the Israeli occupation over Palestinian lands, and emphasizes its rejection of recognizing Israel as a ‘Jewish state,’” the resolution said.

The demand, the statement said, “aims to annul the right of return and compensation for Palestinian refugees.”

Israeli Prime Minister Benjamin Netanyahu has made the signing of a peace agreement contingent on the recognition of Israel as a Jewish state, the first prime minister to do so.

The U.S.-backed peace talks are scheduled to end on April 29. Abbas has said he will not allow for an extension of the nine-month process.

Abbas is scheduled to meet in Washington with President Obama on March 17. Obama met with Netanyahu last week. 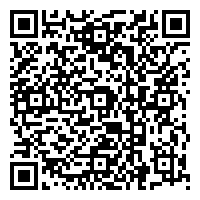