Here’s your historically unaware quote of the day:

“Chanuka celebrates the willingness of dedicated Jews to risk even their lives against the infiltration of foreign ideas,” said Women For the Wall co-founder Leah Aharoni. “As in the times of the Maccabees, so today, the battle rages at our holiest site. It is upon us to follow in the footsteps of Yehudis and Chana to preserve our holy Mesorah.”

Yehudis and Chana are not part of our holy Mesorah! Can you preserve the mesorah by invoking heroines from outside of the mesorah? Yehudis is from the book of Judith, while Chana is only found in the Book of Maccabees (a similar story is found on BT Gittin 57b but the woman there, who is not named, faces a Ceaser, not a Greek.)


Also, how did either women preserve the mesorah? Yehudis murdered an enemy general, saving her town; the woman in Macabees (who, by the way, is not called Chana in that book either. Joseph ben Gorion in the 10th century is believed to the first one to identify her by that name) merely watches her sons die (No act of martyrdom is recorded in the Book of Macabees.) In what way did either act “preserve the Mesorah?”

Moreover, while the Book of Judith may have been written as a response to the Seleucid persecutions it is set several centuries earlier. The villains in the book are Assyrians, not Greeks.

But more to the point, I’d argue that the idea that women have no role in services and no right to participate is itself a foreign idea. The Talmud recognizes the women are technically permitted to be called for aliyot. The rishonim allow them to wear talitot and even tefillin. The foreign idea, therefore, seems to be this notion that women must be forever banned from doing these things.

The Reform Prayer Protest at the Kotel

Eight Is Not Enough: History of the Ancient Candles in Israel 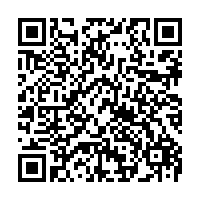