(JNi.media) The central commandment associated with Hanukkah, lighting the candles, presents the spiritual redemption of the nation following the victory of the Hasmoneans in their war against the Hellenistic Seleucid empire of Antiochus IV. The additional light we kindle each day of Hanukkah reminds us of the Hellenistic attempt to defile all the oil in the Temple, and the miraculous appearance of a pure oil jug that lasted until we were able to replenish the supply of untainted oil.

The Hanukkah commandment is to light the candles at the front door, or in a window overlooking the street, so they may be seen by passersby, as an announcement of the miracle. The candles light up the darkness, expressing the hope that the goodness associated with light prevail over the evil associated with darkness.

Biblical and Mishna-time candles were different from the candles we know today, notes a recent online exhibition at the Israel Antiquities Authority. The term “candle” was used to refer to a vessel, usually made of clay, which contained the fuel and a fuse. Initially a small clay bowl was used to contain the oil—usually olive oil—and the fuse was typically made from linen. Eventually, artisans pinched a fold in the lip of the clay bowl, for the fuse.

The shapes of ancient candles evolved over the years. During the Early Bronze Age to the Persian period (3500-300 BCE), the most common candles in Israel were open. These were simple, bowl-shaped ceramic lamps, with a pinched lip, made with a potter’s wheel, without decoration.

During the Hellenistic period (third century BCE) — the time of the Hasmoneans — and later, during the Roman, Byzantine and Islamic eras, local artisans began to produce a different kind of candle. the “closed” candle. This lamp was made with a stencil, and is composed of two separate parts, upper and lower, joined together after drying. The top of the candle had two openings: one for melting the fat and the other for laying the fuse; the lower part served as the base and the oil container. The origin of the closed candle was in Greece, and soon it became so common that it replaced the open candle in Israel. The closed candle is characterized by incised decoration, in relief or by drawing on the outside. Occasionally, candles were painted or colored.

The late Islamic period reintroduced the bowl-shaped open candle, made with a potter’s wheel.

The oil lamp provided portable and controlled light for thousands of years, until the invention of electricity. Here are a few candles representing the evolution through the ages in Israel. For a complete display, go to the Israel Antiquities Authority page. 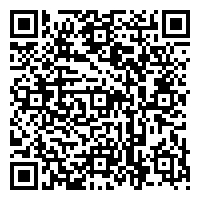