One of the United Nations’ institutions has once again passed an anti-Israel resolution. This time the Security Council passed a resolution stating that the establishment of Israeli settlements in Palestinian territory occupied since 1967 constitutes a flagrant violation under international law; the council demands that Israel cease all settlement activities in the occupied Palestinian territory, including East Jerusalem.

Now we all must remember a few basic things:

1] “International law” is an elusive concept, but one thing is clear: the U.N. Security Council is not authorized to define international law or to legislate. In addition, despite the high hopes that the Allies held for the U.N. some seventy years ago, in practice the U.N. is a badly corrupted political arena dominated my undemocratic regimes and totally biased against Israel. Therefore, the UN Security Council is not the arbiter of what is law or of what is right.

2] The 1949 Armistice Lines, mistakenly or mendaciously called the 1967 borders, are the lines that show where the invading Arab armies and the defending Israeli armies stood when the cease-fire took hold, and as such have absolutely no legal validity. It follows that international law cannot make any distinction between one side of those lines and the other.

3] Since there never was an independent, Arabic-speaking state called Palestine, there cannot be any Palestinian territory. The UN General Assembly resolved in 1947 to partition the land that had been earmarked for the Jewish Homeland, into two states, one Arab and one Jewish. However, the Arabs rejected the resolution, declaring a war of genocide against the Jewish community in the Holy Land. The Arabs lost that war, meaning that the Jews survived the onslaught and established their state, Israel. The Arabs never established an Arab state in the Holy Land. Instead, part of the land was illegally occupied by a British imperialist client, Jordan. Since General Assembly resolutions are not binding, since the resolution was rejected by the Arabs and since the Arabs made no move to establish an Arab state – it is a preposterous falsehood to claim there is such a thing as “Palestinian territory”. One may as well say territory of Atlantis, as they both exist to the same degree.

4] Israel is indeed the only entity to have a legal claim to Judea and Samaria, as that land was recognized by the League of Nations as the ancestral homeland of the Jewish nation and was earmarked to become the Jewish homeland in modern times. When the UN General Assembly suggestion of partition was rejected by the Arabs, the former status remains, namely: the land between the Jordan River and the sea are all earmarked to become the Jewish state.

5] To deny the Jews the right to build and live anywhere in their ancestral and historic homeland, especially in regards to Jerusalem – which only the Jews treated as a capital city throughout the history of this land – is a high travesty of justice, truth and morality. All people of good conscience should join Israel in rejecting this farce and mockery of truth and justice.

This resolution comes to us during the Jewish holiday of Chanukah, which celebrates our victory against an ancient European invader, the Hellenist empires. Those foreign imperialists sought to destroy our identity, our unique world outlook as well as customs and laws. After the Maccabees succeeded in ousting the Hellenists from the Temple in Jerusalem, they proceeded to liberate other parts of our land. The Hellenist foreigners accosted us for conquering cities and lands and “occupying” them. Simon the Maccabee replied:

“We have never taken land away from other nations or confiscated anything that belonged to other people. On the contrary, we have simply taken back property that we inherited from our ancestors, land that had been unjustly taken away from us by our enemies at one time or another. We are now only making use of this opportunity to recover our ancestral heritage” (Maccabees I 15, 33-34).

That is our answer to the biased-against-Israel UN: we will certainly not build on “Palestinian lands”, not even one room. However, there are no “Palestinian lands” between the river and the sea. There is only our land “inherited from our ancestors”, as all who read the Bible and history know, “land that had been unjustly taken away from us” and returned to us through the 1967 defensive war against genocidal Arab intentions, land that is our future and the future benefit of all humanity.

Those who truly seek peace will recognize the truth and justice of this statement and urge the Arab world to accept. That would be a giant stride towards real peace on earth and goodwill to all. 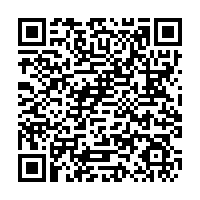