First Daughter-Elect Ivanka Trump is celebrating Hanukkah with her family in a spot that’s probably the farthest away from where the historic miracle took place –Hawaii. But just as Jewish Astronauts are obligated to light Hanukkah candles (all in half a day, according to one opinion, since the space shuttle orbited the Earth 15.9 times each day).

Ivanka twitted a family selfie with husband Jared Kushner and the three kids, lighting the first Hanukkah candle. She noted that “This year is one of the rare and special occasions where Hanukkah and Christmas coincide. Merry Christmas & Happy Hanukkah! #happyholidays.”

This year is one of the rare and special occasions where Hanukkah and Christmas coincide. Merry Christmas & Happy Hanukkah! #happyholidays pic.twitter.com/uHYsdgdc08 — Ivanka Trump (@IvankaTrump) December 26, 2016

You’ll recall that Ivanka and family were kind of accosted just before takeoff by an irate Dan Goldstein, an attorney and fellow passenger on Jet Blue last Thursday. Goldstein informed the First Daughter-Elect that “Your father is ruining the country!” but he did the informing via shouting.

Goldstein and his husband and child were deplaned before takeoff.

In case you were gone from the planet this past year, Ivanka Trump, who was raised Presbyterian, in July 2009 converted to Orthodox Judaism and took the Hebrew name Yael, after a Biblical heroic woman who killed an enemy General, but wasn’t Jewish.

She said that her father supported her studies from day one, because of to his respect for the Jewish religion. She keeps a kosher home and observes Shabbat. In 2015 she stated: “We’re pretty observant… It’s been such a great life decision for me… I really find that with Judaism, it creates an amazing blueprint for family connectivity. From Friday to Saturday we don’t do anything but hang out with one another. We don’t make phone calls.”

The Kushners send their daughter to an NYC Jewish kindergarten, and says that “It’s such a blessing for me to have her come home every night and share with me the Hebrew that she’s learned and sing songs for me around the holidays.”

Donald Trump is about to become the very first US president who has halachically Jewish grandchildren (the Clintons’ son-in-law is Jewish, too, but that’s just not good enough for Jewish law, which requires that both parents be Jewish to produce a Jewish grandchild). 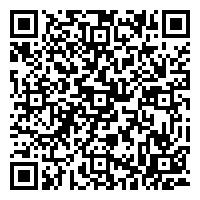