I have no idea what is going to happen in a Trump administration, either domestically or in foreign policy. I don’t know what his Israel policy will be.


But there will be one instant and long-lasting effect: the Obama narrative on the conflict will become hugely diminished.

In Obama’s worldview, Israel is the only party with any agency and any responsibility. And the lack of peace is wholly Israel’s fault.

In Obama’s worldview, Palestinian terror is an unfortunate but understandable consequence of Israeli policies.

In Obama’s worldview, Jews living in Judea and Samaria is the single biggest obstacle to peace.

In Obama’s worldview, Netanyahu is an intransigent bully who has no desire for peace and whose policies will doom Israel unless the left saves the country in spite of him.

In Obama’s worldview, supporting Iran is the only reliable path for a stable Middle East.

In Obama’s worldview, American Zionists are part of the problem, and therefore an alternative movement that shares his viewpoint must be encouraged and propped up.

The President isn’t only about policies and laws and bills and strategy: The White House has a huge influence on American public opinion and how Americans view the world.

Americans will inevitably view the Middle East differently because no one that shares the Obama worldview will remain in the White House.

It will be shocking to the world the first time President Trump opines on the Middle East. But chances are that he will look at it without the obscuring clouds of years of lies about “settlers” and “Likud intransigence”. If there is anything Trump loves to do, it is to burst the bubble of conventional wisdom.

Maybe he’ll ask, “If settlements are inexorably taking over the entire disputed areas, then why don’t Palestinians rush to make peace and protect what they can?”

Maybe he’ll ask, “Why, 23 years after Oslo, has the Palestinian Authority continued to teach hate on TV and in the classrooms?”

Maybe he’ll ask, “If Palestinians want peace so much, why have they turned down every peace offer, and why did they respond to the Clinton plan with a war on Jewish civilians?”

Maybe he’ll ask, “Why are people wanting to boycott the one country that does more for human rights than any other country in the entire Middle East”?

Maybe he’ll ask, “What possible purpose does it serve to keep the US embassy out of the undisputed part of Jerusalem?” (The official answer, that the US still officially supports the part of the 1947 partition plan where all of Jerusalem was supposed to become an international city, is so stupid that it is a perfect thing for a Trumpian president to expose and ridicule to show that he is different from his predecessors.)

These types of obvious questions – obvious to anyone who is not caught up in the previous narrative, that is – will create more positive change than any number of conferences or bills passed. The media will not be able to ignore the plain truths that they have been studiously ignoring for many years.

The anti-Israel crowd is in a panic, and for good reason. It is not because Trump is necessarily pro-Israel. It is because Trump is not afraid to speak out loud what everyone knows deep down. And those truths are what scares the hell out of the people whose entire existence depends on maintaining their anti-Israel narratives in the media and on campus. 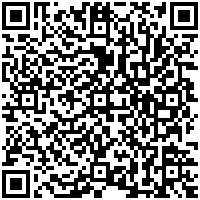