Ariel hosted Medvedev on his tour at Israel’s world renowned agricultural research and development institute, introducing his VIP guest to several innovations Israel is hoping to get the Russians interested in, including a robot designed for spraying agricultural fields and crops in hothouses, a new tool for testing the sugar level in apples, new sensors to monitor milk quality and output in cows, and new wheat storage solutions that protect against pests.

According to Calcalist, one of the presentations was of a drone used for irrigation research, and when Ariel noticed how very interested Medvedev had been in this drone, he told his staff to deliver it to the Russian PM as a gift. Institute staff were shocked and then irate at this grab-from-above, but in agricultural institutions the Minister of Agriculture is second only to God.

Volcani senior staff member Moshe Reuveni told Calcalist that “transferring the device that was used by the Volcani Center for agricultural research projects currently in development disregards all administrative procedures and all rules and laws regarding high level visits.” Reuveni was furious that “aside from the damage caused by giving a device costing hundreds of thousands of shekels, and the damage to our image, there is also the obvious damage caused by freezing agricultural research.”

After the drone had been delivered and the Russian delegation flew with it back home, a Medvedev representative called the Agriculture ministry to inquire about the remote control device that had not been packed with the drone. According to Ma’ariv reported Ben Kaspit’s Twitt, Volcani staff told the ministry they’d hold on to the remote until they receive the budget for a new drone.

Meanwhile, as soon as he landed in Moscow, PM Medvedev was confronted with the arrest of Economic Development Minister Alexey Ulyukayev on suspicion of taking a $2 million bribe, so maybe it’s better his gift drone stays grounded. 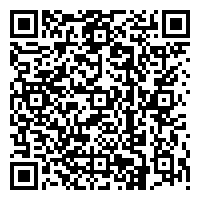