Today is World Refugee Day, and as they do every year, the fake Palestinian “refugees” are pretending to be real refugees.

The Palestinian Central Bureau of Statistics released figures for the occasion. Out of all residents in the West Bank and Gaza, 41.6% are considered “refugees.”

No one blinks at such absurdity.

If they are Palestinian and live in what the UN and their leaders call the State of Palestine, where exactly are they refugees from?

Moreover, the PCBS says that some 40% of all “refugees” live in Jordan.But the vast majority of them are full Jordanian citizens. So why are they considered “refugees”?

This is all before the question of why, alone among all “refugee” populations, Palestinians are the only ones whose refugee status is automatically renewed every generation.

There is no way under UNRWA’s definition for Palestinians to lose their refugee status. Even if a peace plan would suddenly appear and the Palestinian leaders agree to stop  insisting on the fake “right to return”, UNRWA would have no means to take them off the roles.

The “refugee” status is permanently bestowed upon all Palestinians until they somehow all cram back into their alleged ancestral homes, in the same villages. Because if you say that they can move to a neighboring village in Israel and no longer be considered refugees, then why can they not live as citizens of “Palestine” in Nablus as non-refugees?

The refugee issue is a thinly veiled attempt to destroy the Jewish state. It has nothing to do with real refugeehood and calling Palestinians refugees is an insult to the millions of real refugees who are truly suffering today. And UNRWA is fighting to get as much of the world’s refugee relief budget as it can, causing real refugees to be even worse off.

Only if you assume a bizarre definition of “refugee”

They the blocked me. 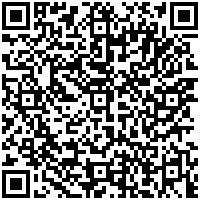