It can be safely said that Boeing is the biggest beneficiary of the Iran nuclear deal, as it is going to drink up about $25 billion of Iran’s thawed funds—released as a condition of the deal—in a sale involving 109 aircraft. On Thursday The Daily Beast revealed that Boeing worked hard for this money, paying off top talent to go public in support of embracing the Islamic Republic back into the family of civilized nations.

Career Ambassador Thomas Pickering, one of the highest ranking US Foreign Service employees, whose four decades in the foreign service included ambassadorship in Israel (1985–1988); Russia (1993–1996); and the United Nations (1989–1992); who served as Under Secretary of State for Political Affairs from 1997 to 2000, was a shill for the aircraft manufacturer, quietly taking money from Boeing to use his reputation in strongly supporting the Iran nuclear deal: Pickering testified before Congress, wrote letters to high-level officials and op-eds for The Washington Post and other major publications, never disclosing the fact that he was on the Boeing payroll.


It should be noted that Pickering did not conceal the fact that he serves on the board of directors of the American Iranian Council, which is devoted to the normalization of relations between Iran and the US. He just didn’t want folks to know he was also pimping for Jumbo.

Neil Gordon, an investigator for Project on Government Oversight, a Washington watchdog organization, told The Beast that Pickering “has a direct connection to Boeing,” and should have been honest about his work for Boeing when he testified before Congress on the deal. He could also mention it below those op-eds in major newspapers.

Boeing certainly had $25 billion worth of financial interest in the Iran nuclear agreement. With the deal Iran got its $100 billion plus interest that’s been frozen in US and world banks since 1979, and US companies could sell Iran their goods again. And one of Iran’s most burning need right off was updating its ancient fleet of passenger airplanes.

On June 19, 2014, Pickering testified before the House Armed Services Committee in favor of a comprehensive agreement with Iran, and did not mention Boeing in the disclosure form he handed the committee before his testimony. He also kept Boeing out of his bio that the House kept on file.

According to The Beast, Pickering confirmed to them via his Boeing corporate email address: “I was a Boeing employee from 1/2001 to 6/2006. I was a direct consultant to Boeing from 7/2006 until 12/2015 when‎ contract for consulting was moved to [Pickering’s company Hills & Company International Consultants] for my work.”

In September 2015, Congressman Mark Takai (D-Hawaii) issued a press release stating, “I spent hours discussing the matter with Ambassador Thomas Pickering, who served as US Ambassador to both Israel and Russia, and later to the United Nations. In no way does my support of the Iran Nuclear Agreement signify my trust in Iran, nor does it signal that I do not feel strongly about preserving and enhancing the US-Israel relationship.”

True, but it does signify Takai’s trust in Thomas Pickering’s integrity, which appears, in retrospect, foolish.

Pickering wrote a long op-ed for Tablet, the Jewish magazine for inquiring leftist minds, with the presumptuous headline, “A Guide for the Perplexed: The Iran Nuclear Agreement.” But nowhere under that clever homage to Maimonides superb book of philosophy did the ambassador mention how the deal benefits the Pickering bank account.

However, in that same Tablet article, Pickering wrote: “It is estimated that Iran will have access to $50 billion (all in foreign banks and all Iranian money) upon sanctions termination,” noting that “Opponents believe this can and will be used to support Iranian activities in the region favoring Hezbollah, Hamas, and the Assad regime in Syria among others,” and “Supporters argue that conclusion is far from certain. Iran has many very expensive priorities including repairing its oil-production base and stimulating its domestic economy.”

And buying $25 billion worth of Boeing aircraft, with a taste of that going to the corrupt career diplomat. 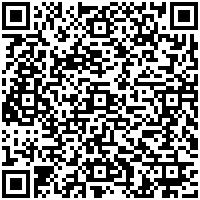