UNRWA Commissioner-General Pierre Krähenbühl held an “extraordinary session” of the UNRWA Advisory Board in order to beg for more funds.


His justifications for asking for more and more money to give an agency that perpetuates, rather than solves, statelessness, are almost rudely self-serving and still relies on blaming Israel rather than the true culprits: itself and the Arab leaders.

Here is a key part of the speech:

Time and time again, I am confronted with the question of why the world should care about the fate of Palestine refugees when there are so many more pressing issues to deal with. Well, it should care:

Because the conditions facing the 5.3 million refugees are now worse than at any time since 1948.

Because of Syria. And yet the UN inefficiently divides up Syrian refugees into “Palestinian” and “everyone else,” doubling up on resources and applying them unequally and inefficiently. If UNRWA wanted to save money it would give its Syria budget to UNHCR and allow them to support all Syrian refugees instead of the 95% or so it does. For UNRWA to demand funds for refugees from Syria simply because their ancestors happen to have lived in British Mandate Palestine for a time is hardly a smart use of worldwide refugee funding.

Because the absence of political horizon is draining them of their resolve and creativity.

Yet if you look at the UNRWA webpage you see lots of articles about how wonderful their school students are, how creative and happy they are.

Because fifty years of occupation and ten years of blockade in Palestine are etched into the soul and identity of the Refugee community.

Of course, it wouldn’t be UNRWA if there was no swipe at Israel. However, the people under “occupation” and “blockade” are not refugees – they live in the boundaries of the British Mandate, under the rule of their own leaders, whose decisions are what led to their being in the situation they are in.

But maybe even more importantly:

Because a young generation of Palestine refugees is growing up which is losing faith in politics and diplomacy. In the West Bank and Gaza, most young people were born after the Oslo Peace Agreement. They were told by the world that if you choose a path of moderation, there will be justice served. But it was not.

Was the enthusiastic outbreak of a murderous spree of suicide bombings immediately after Arafat spurned Clinton’s peace plan an example of this path of moderation that they are now so disappointed over it not succeeding? How about the happy cries of victory after 9/11 in the streets of these youth? The people who overwhelmingly showed support for Bin Laden, and who voted for Hamas terrorists to lead them? Because that is what happened, not this fantasy of disillusioned youth attempting “a path of moderation.”

Because in Syria, Palestine refugees, displaced, dispossessed and desperate, now understand in their hearts what their parents and grand-parents went through in 1948 and 1967.

This is perhaps the most offensive part of all. To compare what is happening to civilians in Syria today with what happened in 1948 or 1967 is a sick revisionist history. It is to accuse Israel of genocide, of dropping barrel bombs and poison gas. This one statement shows the depths of UNRWA’s immorality, because if its leader says this statement to his donors in English, the lies and hate taught by its teachers to generations of students must be orders of magnitude worse. It might be the “narrative”  but it is slander, and  UNRWA is in no small part a reason that the false narrative against Israel and historic fact has been so popular.

Krähenbühl should be forced to resign based on this one disgusting lie by itself. 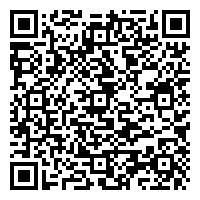