Late Wednesday night, Prime Minister Benjamin Netanyahu released a statement regarding the memorandum of understanding (MOU) with the US, saying: “In a short while, in Washington DC, a historic agreement will be signed between the United States and Israel. This agreement will ensure an unprecedented level of security assistance to Israel over the coming decade. This is the largest military assistance package that the United States has ever given to any country.”

A few lines down, Netanyahu wrote: “I would like to thank President Obama and his administration for this historic agreement,” and, “I also thank our many, many friends in the American Congress and among the American people for their great support, which crosses party lines and embraces the length and breadth of the United States.”


There, in the cross-section between the President and Congress, is where the drama over the US aid package to Israel will be taking place in the coming months. It also explains why the PM has embraced a deal that is, clearly, a step back in terms of Israel’s ambitions for US military aid.

According to Ha’aretz, citing senior defense ministry officials, as recently as last July US Secretary of Defense Ashton Carter and then Defense Minster Moshe Ya’alon have reached an agreement in principle on a $45 billion aid package over ten years. Why is Israel now willing to settle for $7 billion less? Ha’aretz, typically, blames the cut on Netanyahu’s refusal to toe the line on the Iran nuclear deal, and his insolent battle against the President in Congress over it. But that doesn’t explain why Sec. Carter was offering the larger amount months after Netanyahu’s March 3, 2015 speech in Congress.

Like all deals, the $38 billion MOU must still be confirmed in the Senate, first by the Appropriations Committee and then by the full Senate. One key member of the committee is Senator Lindsey Graham (R – SC), who earlier this week told the Washington Post: “The Israeli prime minister told me the administration is refusing to sign the MOU until I agree to change my appropriation markup back to $3.1 billion. I said, ‘Tell the administration to go [expletive] themselves.’”

The 10-year aid package reaching its conclusion in 2017 was set at “only” $31 billion, but, in addition, Congress has been awarding Israel additional funds: $729 million in 2014 to help with the acquisition gaps caused by the Gaza War, as well as to help the development of the Iron Dome system. In 2015 Congress gave Israel $620 million in addition to the aid package, and this year the estimates are around $600 million. So that the aid Israel currently receives from the US is pretty close to the MOU’s $38 Billion. Israel will only benefit from an additional $100 million annually. For a country boasting a $300 billion annual GDP, this is the definition of chump change.

Why, then, did Netanyahu agree to an MOU that compels Israel to pay back whatever amount Congress adds in military aid, which would include an attempt by, say, Senator Lindsey Graham, to tack on an extra $7 billion to the proposed package?

“I’m offended that the administration would try to take over the appropriations process. If they don’t like what I’m doing, they can veto the bill,” Graham told the Post. “We can’t have the executive branch dictating what the legislative branch will do for a decade based on an agreement we are not a party to.”

The MOU awards the Israeli missile defense development effort $500 million per year, more than the $487 million Congress gave it in 2016, but less than the Senate appropriations bill for 2017, which gives Israel $600 million. By the way, Obama asked for only $145.8 million in the budget. So, should the MOU go through the Senate, Israel would lose $600 million right off the bat. And Israel signed a letter, as part of the MOU, that any amount tacked on to the aid package in later years, Israel would be obligated to give back.

A White House official said this is better for Israel, since “the fact that under our offer Israel can count on the administration’s commitment to provide a substantial level of missiledefense assistance for a 10-year period is substantively different from the missile- defense support it has received in previous years.” There’s some truth to it — rather than go lobbying every year for that money, Israel is guaranteed a moderately lower sum, it’s already in the bank.

“You know the White House pressured them into writing that letter,” Graham said. “It is a level of antagonism against Israel that I can’t understand.”

Graham is irate because the MOU was a White House attempt to neutralize the Republican Congress’s ability to forge an independent relationship with the Jewish State. They can continue to invite Bibi to talk to them against the next president, if they so wish, but they can’t give him a penny. Vindictive? Probably. But also understandable. This President spent much of his two terms in office fighting Congress over foreign policy. He’d like to leave his successor a cleaner slate, at least when it comes to dealing with Israel.

The MOU is also better for the Pentagon, which, together with the White House, can keep all the money going to Israel inside one, manageable package. Should the need arise for additional funds, Israel would have to go to the President, not Congress, and when Israel asks for something, Israel also has to give something. Also, in six years, according to the MOU, Israel will lose the right to spend any of the aid package on its own military industrial complex — all the money must stay in the US. Of course, by then Israeli manufacturers would follow Elbit and Rafael and forge partnerships with US corporations, but the jobs in Israel would be lost.

“I’m not pleased with a provision in the MOU which prohibits Israel from using American defense assistance on Israeli defense suppliers,” Senator Graham wrote on his website. “Israel’s homegrown defense technology is some of the best in the world.” He added, “Under our old agreement Israel was allowed to develop cutting-edge military technology and was required to share this technology with the United States. I’m proud to say that many of these advancements helped protect the lives of American service members in uniform. I do not believe this new provision will serve the interests of the United States or Israel. I do fear it will be Americans wearing the uniform of our nation who will pay the price for this short-sighted change in policy.”

So, it’s obvious why the MOU represents a good deal for the Administration. But why was Netanyahu “duped” into signing the MOU? There are two possible explanations, and they both have to do with the coming lame duck session of Congress. Since last summer, there have been persistent rumors in Jerusalem and Washington that, once the November 8 election is over, the Obama Administration would spend its last breath on squeezing a 2-state deal out of Israel. To do that, the rumors went, Obama would join the majority in the UN Security Council to pass resolutions that push Israel against the wall. It would be ugly, it would be painful, there would be no support for the move from either the Democrats nor the Republicans, but it won’t matter. It would be a move that can’t be stopped by Congress, and Israel would, at last, bow to the pressure.

Did Netanyahu sign the MOU in return for an Obama promise to leave him alone between Nov. 9 and January 17? Perhaps. Of course, the above nightmare scenario is not something we would expect from any US president, except for the fact that President Obama has been so capricious and unpredictable about his bizarre “Arab Spring” campaign, that if anyone would dream up something like that it would be him.

The other point has to do with the conversation Netanyahu had with Senator Graham earlier this week, in which, we understand, Graham did most of the talking, and only part of it was taken up by expletives. The Senator from South Carolina, with Bibi’s blessing, can bury the MOU. He has at his disposal several parliamentary means of delaying it until after the start of the new year. It won’t be simple, and there are members on the Democratic side of the Appropriations Committee who are decidedly not friendly to Israel (Senator Patrick Leahy, Dem – Vt comes to mind) who would attack Graham viciously. But if Graham can drag this deal long enough, he could get it tossed and rewritten by the next Administration. 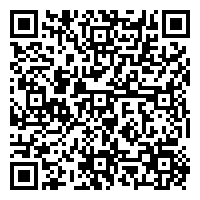