Tensions are running high in Israel’s settlement movement as Joe Biden enters the White House. For several weeks, anticipating that the new president will take a firm stance against any settlement expansion in Judea and Samaria, Yesha leaders have demanded that Prime Minister Netanyahu legalize 70 small communities whose status has been in legal limbo for the past 30 years.

Built without fully-sanctioned government approval, these settlements – along with their 25,000 residents – are susceptible to court-ordered evacuation and demolition. Many of them are not even connected to standard water and electricity infrastructures because of their status.


Community Affairs Minister Tzachi Hanegbi has put forth a proposal whereby government ministers would agree to legalize 46 of the 70 communities, and Prime Minister Netanyahu has stated his intention to advance the plan. Defense Minister Benny Gantz, however, says he will veto it.

Meanwhile, young settlers have been protesting outside the building of the prime minister every day, and Yesha leaders have begun a hunger strike threatening that they will abandon Netanyahu in the upcoming election if he doesn’t fulfill his word.

Concurrently, Gantz is seeking to approve clusters of illegal Arab construction in Area C of Judea and Samaria. Netanyahu has not given a clear sign that he will oppose the initiative, which settler leaders say is “a national betrayal.”

To better understand the complex situation, The Jewish Press recently spoke with longtime settlement activist Susie Dym, spokesperson for Mattot Arim, which works to generate support for Yesha and lobbies Knesset members on its behalf.

The Jewish Press: Why have these 70 communities never been made legal?

Dym: They are legal. It’s legal for a Jew to live in the Jewish homeland, is it not? They are legal and moral, but in the eyes of those with little faith, they are not official enough.

Generally, settlement of the Land of Israel was set up in the following order: facts on the ground first, paperwork later. From day one, this is the way the land was settled, full steam ahead, without waiting for approval, because there was always someone who didn’t want us here – whether it was the Turks, British, Arabs, or Jews who believe the world will love us when we let them steal away our G-d-given land.

What about government regulations and international law?

Zionism was never a lawless initiative. Quite the opposite. The initial goal of the movement – whether it was advanced by Herzl, Weizmann, or Jabotinsky – was to obtain legal recognition for the Zionist endeavor. Gush Emunim also strove to win a national consensus and the permission of the government.

However, the people in Israel, who are on the frontlines of settling the Land, don’t wait to obtain legal recognition before acting. These 70 communities are on the front line in the battle to save Israel from Arab terror and to prevent a very dangerous two-state solution from becoming a fait accompli.

In truth, they are strategic outposts of defense saving lives. Settling our land is an absolutely essential component of our ability to exist in this part of the world. In Hebrew we say, “Eifo sh’ain mitnachel, yesh mechabel.” Wherever there is no settler, there is a terrorist.

So instead of trying to weaken the will of these people, the government of Israel should pay them hefty compensation to remain where they are, serving as a buffer zone in dangerous locations, surrounded by a hostile Arab population which seeks to take over the area by international pressure, legal falsehoods and manipulation, and physical violence, all generously funded by anti-Israel organizations in the Arab world, Europe, and the United States.

What has prevented the 70 communities from becoming legal until now?

International pressure. Nowadays the world is a global village. The media war against Israel, and especially the settlement movement, is immense.

In addition, we are facing a new type of warfare – what I call lawfare. Foreign elements invest massive financial support to leftist organizations abroad to isolate and boycott Israel. They also channel funds to leftist groups in Israel and “Palestinians” to use the court system to stymie the settlement movement.

If the 70 communities are not legally official, how do they have electricity, plumbing, bus service, and the like?

Many of them don’t. That’s one of the problems. I have personally visited newly erected homes that don’t even have windows, let alone electricity or heating. Families live there anyway – including with newborn babies. Wires can sometimes be strung from one house to another, and other improvisations are possible which provide temporary or partial solutions.

Public support and an outcry is needed for each electricity cable. When I lived in Karnei Shomron many years ago, the only electricity available was from a generator, and there were only three telephones for 110 families, the school, kindergartens, and local businesses – all in a militarily-isolated location.

When [electricity production by] the generator fell, each family was instructed to use only two electrical appliances, for example: a heater in one room and the refrigerator. If you wanted to give the kids showers, you turned on the boiler and switched off the refrigerator. If you wanted to bake a cake, you turned off the heater.

How did a hi-tech patent attorney like you become an activist for the settlement movement?

I am also a mother of six, which is one reason why I care about the future of this country.

I made aliyah from the United States a month before the Yom Kippur War, at age 11. I became involved in public affairs when “land for peace” became a frightening reality, in 1992, when Rabin and Peres moved forward to create a terrorist haven for Arafat in Gaza and what they termed the West Bank.

Since then, I have served as the volunteer spokesperson for Mattot Arim, an Israeli NGO which has promoted “peace for peace” since the early conception of the Oslo Accords. Tiny Israel doesn’t have much territory, so you don’t need to be a mathematician to understand that if you subscribe to “land for peace” – surrendering chunks of Eretz Yisrael for the fantasy of peace with the so-called Palestinians – within a short time we Israelis will run out of land-gifts and will find ourselves without peace, swimming around in the salty Mediterranean.

Didn’t Netanyahu promise a month ago to make the 70 small settlements official? Why the about-face?

It resulted from the election of the new U.S. president whose religion is two-statism. Like Obama before him, Biden has some type of overpowering, almost mystical feeling that having a Palestinian state – allied with Iran, with full state powers, a golf shot away from Ben-Gurion airport, G-d forbid – is a wonderful idea.

I believe he’s a nice and positive person, but he has this warped dream of peace with the Palestinians because of the decades of leftist propaganda against Israel, which is why the Trump Administration was a welcomed breather for us….

The other element derailing Bibi’s promise to legalize the threatened yishuvim is Benny Gantz, who wishes to portray himself as the only sheriff around who can prevent the political right from running the show.

Why is Netanyahu considering sanctioning illegal Arab building in Area C while stalling the legalization of Jewish buildings?

Another reason may be that Bibi wants to win more votes from the Arab community in the upcoming election.

Due apparently to public and media pressure, Netanyahu has recently allocated 20 million shekels to combat illegal Arab land in Yesha.

Twenty million shekels is chicken feed. Starting years ago, the Palestinian Authority has been allocated over one billion dollars by foreign groups for grabbing land in Area C and building illegally there. Our organization exposed that four years ago.

At the beginning of the week, 792 new housing permits were issued for Jews in Samaria.

Meanwhile, in Judea-Samaria – the country’s most strategic area, which is also the least crowded – less than 1,000 new homes have been approved. This is absurd!

Why does Netanyahu get so much settler support if he doesn’t promote building in Yesha?

Is it better to vote for Meretz or not at all? On Election Day, you vote for the best there is, and the rest of the time you do your best to make the best there is into something much better, much safer for the Jewish people.

We should never give in to international pressure, even if you are privately frightened by it, and even if corona is raging in the streets. All of us, lovers of Israel, here and in the Diaspora, have to be courageous and fight back – in our communities, on social media, in the workplace. 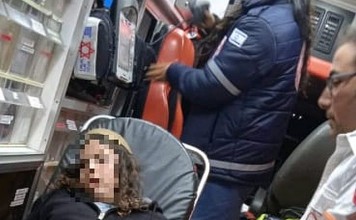 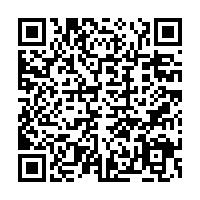