It appears that Prime Minister Benjamin Netanyahu is already preparing for a confrontation with the new US president over the Iran nuclear deal, seeing as on Joe Biden’s inauguration day the PM has leaked an aggressive message to the media on the subject.

President Biden’s press secretary Jen Psaki on Wednesday held her first exchange with White House reporters and revealed that President Joe Biden wants the Joint Comprehensive Plan of Action (JCPOA) back – probably not the Obama version, but the deal is will be resurrected.

“The president has made clear that he believes that through diplomacy, the United States should seek to lengthen and strengthen nuclear constraints on Iran and address other issues of concern,” Psaki said. “Iran must resume compliance with significant nuclear constraints under the deal in order for that to proceed.”

Psaki added regarding Biden’s interest in restarting the talks this early in his presidency: “We would expect that some of his earlier conversations with foreign counterparts and foreign leaders will be with partners and allies and you would certainly anticipate that this would be part of the discussions.”

Biden’s nominee for Secretary of State Antony Blinken told the Senate that before the US restarts talks with Iran on the nuclear agreement, it would consult with Israel. “It’s also vitally important that we engage on the takeoff and not the landing with our allies and with our partners in the region to include Israel and to include the Gulf countries,” Blinken said.

Netanyahu for his part included a reference to Iran in his video congratulating the new president: ” “I look forward to working with you to further strengthen the US-Israel alliance, to continue expanding peace between Israel and the Arab world and to confront common challenges, chief among them the threat posed by Iran.”

Kan 11 News reported Wednesday that Netanyahu is expected to oppose the Biden plan regarding negotiations with Iran.

Israel Hayom, a daily newspaper dedicated to supporting Netanyahu, reported that in recent weeks Israel has been preparing for the significant policy changes that the new administration in Washington is expected to introduce, with the Iranian nuclear issue at the top of its list of priorities.

“Jerusalem is very concerned about the repeated statements by President Biden and senior government officials that they intend to return to the nuclear agreement with Iran from which President Trump withdrew,” Israel Hayom reported.

There are disagreements within the Israeli government on how to deal with the anticipated US policy change on Iran. So far, according to Kan 11, there has been no discussion of all by the IDF, Mossad, foreign and defense ministries, and the prime minister on preparing for the renewed Iran negotiations.

Sources involved in the issue (meaning Blue&White – DI) criticized Netanyahu and said that he wanted to manage the entire issue alone, as he has done in handling the talks with the Gulf States, Morocco, Sudan, and Saudi Arabia, when he excluded the Blue&White defense and foreign ministers.

But reports have suggested that Netanyahu plans to hold a cabinet-level discussion on Iran, and also to appoint a special czar for the Iran project, possibly the head of Mossad Yossi Cohen. Defense Minister Benny Gantz objects, obviously, insisting on having a part in the decision making. Gantz has been losing political weight like a Weight Watchers member on steroids, with the bulk of his faction members having resigned or jumped ship – which means his objection will have even less value than it did last summer.

Israel’s ambassador to the UN Gilad Erdan addressed the possibility of a return to the nuclear agreement in an interview on Kan 11 News Wednesday, saying “the goal of preventing nuclear capabilities from Iran is common to both sides,” meaning Israel and the US, so “we will try to reach a common path on the issue.”

Erdan added that despite the reports we mentioned above, in his view the new administration will not be in a hurry to return to an agreement with Tehran. “The year 2021 is not the year 2015, a lot of things happened here in the region,” he said, referring to the Middle East. “There are in this administration veteran members who see Israel as an ally, so there will be a common dialogue here.”

Pointing to the future expansion of the Abrahamic Agreements, the UN envoy said, “We have many positive things to work on,” meaning Israel and the Biden administration.

Meanwhile, a person close to the Iranian regime on Wednesday told La Figaro that secret talks between the Biden transition team and Iran over the United States’ return to the nuclear deal with Iran have been going on for three weeks. The Iranian side was represented by Iran’s representative at the UN, Majid Takht Rwandji.

“We will know quickly if the contacts were successful or not,” the source told Le Figaro. He also suggested that when Supreme Leader Ali Khamenei stated on January 8 Iran’s willingness to meet its obligations under the agreement if the United States does so as well were made at the request of the Biden team.

The source said that after the return to the agreement, the only sanctions on Iran that would be removed would be those preventing it from selling its oil. In a second phase, negotiations will begin on Iran’s ballistic missile program and its terrorist activities in the region – and ending further sanctions would depend on their success.

According to Tehran Times, Iranian President Hassan Rouhani said at a cabinet session on Wednesday that “the ball is in the US court now.” The paper suggested that “any procrastination on part of the United States under President Joe Biden will most likely spell the end of the nuclear deal, which has now been on life support of more than two years.”

The same article warned against the plans on the part of the US and its European allies to add to the deal Iranian commitments to curb its terror-spreading policy and its ballistic missile program.

“Iran may soon give up on its hope to revive the JCPOA if the Biden administration raises time-wasting, non-nuclear issues and fails to seize on the momentum created by the new US president’s desire to revive deals such as the Paris climate accord that were jettisoned by Trump,” the Iranian daily warned. 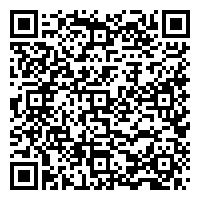