The Israel Hotel Association reports that the coronavirus scare has dealt a devastating blow to the country’s hotel industry, which raked in $12 billion last year. In a recent conversation with The Jewish Press, IHA spokeswoman Tali Tenenbaum explained the main elements of the crisis.

The Jewish Press: What kind of loss are you experiencing and expecting?

Tenenbaum: We are forecasting a billion-dollar loss per month as long as the epidemic continues due to hundreds of hotels closing and the majority of workers being fired. Tourism from abroad has virtually ceased. Most tourists who were in the country have left.

Israelis frequently vacation in the country’s hotels, especially during Pesach. Has this been affected as well?

Hotels that haven’t closed are nearly empty. Israelis are staying at home. Concerning this year’s Pesach vacations, the situation isn’t clear. Bookings stood at almost 100 percent capacity, but if the health crisis continues, most every hotel will have to shut down completely given the stringent measures that the health department has put in place. We can’t expect guests to dine in their rooms and celebrate the Seder via room service.

Besides lost income from bookings, what other financial hardships do hotel owners face?

Even when a hotel closes, it still has to pay a portion of its monthly running costs, such as property taxes, insurance, maintenance, security, necessary salaries, unemployment compensation, bank interest charges, and often times building rental fees – even though no revenue is being generated.

How many employers have been and will be affected?

Has the government promised to compensate for the heavy losses the hotel industry has already suffered and the future losses it is bound to sustain until the epidemic is under control?

We’ve heard general statements to that effect, but how much and when – who knows?

The Jewish Press made a few random phone calls to hotels in Jerusalem. A security worker at the Waldorf Astoria in Jerusalem said the hotel was closed and that there was no one to talk to. The King David Hotel said that there were still a few remaining guests in their rooms, but that no new arrivals were expected. A recorded message is answering calls at the shutdown Jerusalem Crowne Plaza.

Rachel Sternberg is an independent travel agent in Jerusalem. The Jewish Press asked her how business had changed since the outbreak of the epidemic.

“All day long I am busy with two things – to find flights for frightened Israelis who want to leave Israel for what they believe are safer destinations and to try to get people refunds for canceled flights, car rentals, and hotels.”

Don’t the airlines and hotels automatically refund their customers if travel plans have to be canceled because of government-imposed shutdowns?

Each company has different rules and regulations. First they try to dodge the responsibility if they are still operating and it is the customer who decides to change plans. Obviously they prefer to offer waivers for future travel plans and new bookings rather than return monies paid.

It also depends when reservations were made, and if a non-cancellation condition was part of the contract. The burden rests on the customer to verify and fill out the forms needed to get a reimbursement. We try to assist all of our customers who made their arrangements through us. We do it for free.

There aren’t any new reservations coming to Israel. Only for returning Israelis or outsiders who have a definite place to be in isolation for the first two weeks after their arrival. Group tours have been almost completely canceled, but even if a group can find a way to get here, and is willing to be in isolation, most hotels have closed until further notice.

What will be with the Israelis who planned to be in Israeli hotels during Pesach?

Unless the situation changes soon, they had better make plans to be with family or at home.

Is the government helping travel agents get through the crisis?

They say they will help, but we don’t know in what way. Right now, it’s a huge mess. 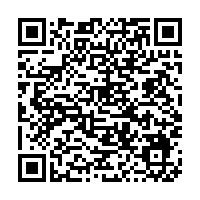