The news website HaKol HaYehudi reports that 120 settlers of the hilltop youth movement met last Thursday for an emergency meeting to plan their response to President Trump’s peace deal.

Meir Ettinger, grandson of Rabbi Meir Kahane, and one of the organizers of a group that has adopted the name “Command Committee against Dividing the Land,” told The Jewish Press that the “nefarious scheme” to divide the Land of Israel and surrender vast chunks of Biblical Israel to a sworn enemy had to be thwarted by deeds, not just words.


“We need to rise up to a new stage of settlement in a positive and productive manner with a new wave of settlement…in Israeli-controlled areas distant from existing yishuvim…. Whether the Arabs agree to the plan or not, its very existence sets a precedent that will be very difficult to annul in the future…. We have to act now.”

Earlier in the week, Rav Yitzchak Ginsburgh, considered the spiritual mentor of the hilltop youth, came out against the deal in a written proclamation: “All of the Land of Israel was given as an everlasting possession to Am Yisrael by the Master of the Universe as recorded in the Torah. … No person can, or has the right, to surrender pieces of our homeland. Even discussing such a transgression causes weakness and creates a danger, just as the Lubavitcher Rebbe warned.”

Yehuda Perl, editor of the HaKol HaYehudi website, reported that seed groups (garinim) were formed during the meeting with the goal of establishing new Jewish settlements as swiftly as possible. Also scheduled were group reconnoitering missions to survey potential locations for new yishuvim and mass marches through Area B.

The Jewish Press asked the 28-year-old Ettinger if the official Yesha Council was supporting the group’s efforts.

“Right now they are busy drawing up maps and boundaries of the annexation of the settlements, which, to our deep chagrin, could turn out to be the boundaries of the land’s division, G-d forbid,” he replied. “I believe that if we can generate a serious public response, with thousands joining the cause, marching through Area B and establishing outposts in strategic locations, then the Yesha establishment will rally around the raised flag.”

When I noted that the pioneer spirit of Gush Emunim seems to be missing from the official settlement movement these days, Ettinger responded:

“With the tremendous success of the settlement movement and the expansion and increase in Yesha communities, the spirit of Gush Emunim gave way to a pragmatic, materialistic approach, but it is forbidden to let the original pioneer spirit disappear for it is the spirit of idealism and miserut nefesh that breaks down boundaries and perpetuates growth….

“Baruch Hashem, in the last few years, many new outposts have begun, including farms which have received quasi-permission from the government. In the last two weeks, a wave of outposts have quietly sprang up in reaction to the Trump plan. We want to expand this phenomenon in areas far from existing Jewish communities and deep into enemy territory. The yishuv of Kumi Ori is the first of its kind in Area B, and there is no reason, b’ezrat Hashem, why another 30 Kumi Oris can’t be erected within the next few months.” 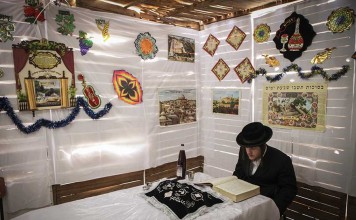 Is It Proper To Read A Secular Newspaper Or Book In The Sukkah? 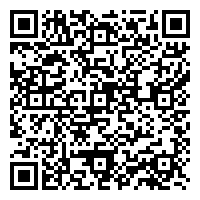