Throughout the works of Chazal, the Geonim, the Rishonim, and the Achronim, we encounter giants of Torah knowledge, spirit masters of the soul, and gladiators of moral struggle. Perhaps this is why it strikes us as so odd that some of the statements of these greats seem so offensive to us. In particular, there are quite a few statements about women that defy our modern understanding of biology and female potential.

Certainly, there are many positive comments in the Talmud and beyond about women. However, when it comes to a woman’s cognitive abilities, several rabbis in the Talmud take an arcane approach. Famously, it is said that women have a thin capacity for “daat” and that anyone who teaches women Torah is teaching licentiousness.


Another possible example is sourced in last week’s parsha. Rabbi Eliezer is quoted as saying that “women have only one area of wisdom, the spindle.” The Jerusalem Talmud compounds this statement by including his subsequent comment to his son that “it’s better for Torah to burn than to teach Torah to a woman.”

The reason these statements do not bother me at all is because when these statements were stated, no one thought they were offensive. It is only in the last 100 years that we have come to accept, in most parts of the world, that these ideas are incorrect. Just 101 years ago, Sir Almroth E. Wright MD wrote the following argument against women’s suffrage:

“[…]the woman suffragist takes it as a matter of course that she would herself be able to construct a system of workable laws. In point of fact, the framing of a really useful law is a question of divining something which will apply to an infinite number of different cases and individuals. It is an intellectual feat on a par with the framing of a great generalisation. And would woman–that being of such short sight, whose mind is always so taken up with whatever instances lie nearest to her–be capable of framing anything that could pass muster as a great generalization?”

Should it surprise us that rabbis living 2000 years ago agreed with this idea? Of course not. Galen said 2200 years ago that “in all respects,” less perfect than man. This was authoritative science in the era of Chazal. It was their reality.

I think the offensive statements are in fact offensive. I think they were meant the way they were recorded. I think they reflect the way men thought about women until very recently. Yet, none of this bothers me because I am comfortable holding Chazal to the standard of their milieu. They lived in a world where this was commonly held belief and so there is no crime in their acquiescence to these beliefs.

Further, awareness of the historical context makes reinterpretation even more difficult to accept. In order to suggest a liberal or progressive interpretation of a statement that is offensive in its simplest reading, the following assumptions are required. A) We must say that the author of the statement meant to say something positive about women. B) The author chose to make this positive statement using language that on its face sounds offensive. C) The simplest interpretation of the statement is that it was offensive. D) Everyone at the time the statement was made would have read it as offensive and agreed with the statement. E) Then one day, we starting being nicer to women and we realized that the original statement that sounded so offensive really had a hidden meaning that was positive all along. F) Further, all the great Torah scholars who read the statement literally for the last 2000 years and built religious laws and practices based on this literal interpretation mistakenly believed the statement was literal but it was really some sort of metaphor or idiom that we only figured out very recently. (You see, how in order to make one rabbi look better, we make hundreds look worse, but I digress.) This logical structure seems quite farfetched and I see no reason or benefit to invoking it in these situations.

Instead, let’s own it. Yes. Our rabbis understood women differently than we do today. That’s okay. They understood all social and scientific conditions as they were in their day and so do we. It’s not a big deal.

“Why talk about this? Isn’t there better stuff to discuss? Isn’t there a risk that people will see this stuff and it will cause them to be turned off from Judaism? Don’t we prefer that these things be broached in a safe, quiet place and not in public?”

This is a valid question. I have two things to say about this issue and this is the real reason I am writing this article. Both are really two sides of the same coin. (Of course there are other reasons to discuss these issues as well.)

There is great value in engaging in struggles. That is how we grow. When I see something that makes me struggle or that might cause others to struggle, I see an opportunity. It’s a chance to get into the trenches and do some work. We will grow from the struggle. This is true even if we don’t come to a happy resolution. The act of struggle is in itself a form of growth.

When we see a selection in the Talmud that pushes our buttons, we should not push aside our question and go to our happy place. We should seize the opportunity to grapple with our question. It’s a gift and we should treasure it accordingly.

Our knee jerk response to tough questions is to go to our place of safety where there are no questions. Call it the Abie Rotenberg Zone. I love Abie and his music, but to me his songs with English lyrics are mostly representative of a place where things are simple. The struggles are superficial. Answers are readily available and sometimes to simplistic. To the genuine asker of the question it can seem dismissive.

It’s more important to acknowledge that the question is indeed a tough nut to crack than it is to wave a hand and give a dismissive “answer”. It is better to enter into the fray and struggle even without a resolution than it is to ignore the struggle. When we acknowledge the struggle we are saying “you are not alone.” “We are struggling together with you.” The feeling of knowing that we not alone and that we can engage in this struggle together is so empowering. It can literally be life saving.

So when I see something that I have struggled with at some point, or that someone else has told me they struggled with at a certain point, or that I am struggling with right now, I think it is much better to address it than to ignore it. I prefer to engage in that struggle or at least provide a place for others to engage in that struggle. That is so much more valuable than the alternatives. Not only is not destructive, it is empowering.

I think the Orthodox Jewish community needs to work on this particular idea. We have an aversion to conflict and we have a fear of engaging in the struggle. I think we need to embrace the challenges we encounter in our Jewish journey. We will grow from the ensuing struggle and by acknowledging the struggle we will validate its place in our discourse providing ourselves and others the comfort in knowing that we are struggling together. And together we will persevere.

Israel and the Nations

Chronicles Of Crises In Our Communities 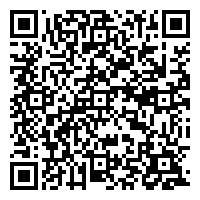