The Sages of the Land of Israel thousands of years ago gave us insights into the historical swings in the attitudes of the Nations towards the Jewish People. Their insights may help us make sense of what is going around us today in Israel and the world of anti-antisemitism!

Rabbi Hiyya in the name of Rabbi Hosha’ya notes that at the outset Pharoah tells Joseph: “In the choicest land settle your father and brothers” (Genesis 47:6) but in the end: “and they embittered them with difficult work with mortar and bricks” (Exodus 1:14) (Talmud Eretz Yisrael, Pesachim 2:5)


Egypt, symbolic of the Nations of the World, at first showed us great hospitality. Pharaoh offered Joseph the best land for his father and brothers to settle in. But in the end the true nature of Egypt prevailed. The new Pharoah who had no special affinity for Joseph acted out his nature.

It is in the nature of the Nations of the World to be hostile towards the Jewish People. However, this nature can be suppressed albeit temporarily by acts that gain their favor. Joseph gained the good will of Pharaoh and that good will gave the Jewish People leniency for some time.

The Sages of the Land of Israel took note of an incredible historical patterns in the relations between Israel and the Nations:
The Scriptures state: “and Egypt wept for him for seventy days” (Gen.50:3).

Here too Egypt is symbolic of the Nations. As we see, the events that transpired in Egypt reverberated into a different time and place — not in Egypt and not in the same era but in Persia many generations later.

The time between the first letter which Haman sent to persecute the Jewish People and the time that Mordechai sent his letters to vindicate them was a span of seventy days. These seventy days of agony do not just correspond numerically by happenstance to the seventy days that Egypt did kindness (mourning) for Joseph, but are actually tied in with them.

The Sages of the Land of Israel perceived the relationship between Israel and the Nations as a scale which must ultimately be kept balanced. When acts of goodness towards our people tip the scale, the scale is balanced out by acts of ill-will. How and when is not certain. The relationship is not something that can be completely explained by means of cause of effect, but is built into the workings of the Universe.

The unfortunate reality has been that good will is followed by ill-will albeit in a different time and place.

We do not know God’s plans nor the workings of the Universe, but on the brighter side the Sages of the Land of Israel have taught us that ill will ultimately open the door to good will!

Life is in Its Struggles: Dealing with the Tough Questions

Chronicles Of Crises In Our Communities 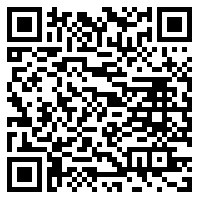