A horrific terrorist attack on a Coptic Church in Cairo Egypt killed dozens on December 11, 2016. The coverage in the New York Times and the Wall Street Journal could not have been more different, and underline an ongoing difference between the two papers: the WSJ does not shy away from telling its viewers about radical Muslims targeting Christians and Jews in the Middle East, while the NYT would rather minimize that story, and highlight the Muslims are also victims in the wave of jihadists.


The cover page of the WSJ had a single large color photograph of the carnage in Cairo. The boldface title of the picture read” “Bombing in Cairo Kills Dozens of Christians, Mostly Women.”  The caption continued: “Targeted: A nun surveys a church attached to Cairo’s Coptic cathedral, where at least 25 were killed in a bombing on Sunday. A8” The paper did not seek to place the blame on radical Muslims on the cover, but it did make clear that Christians were specifically targeted in the attack.

Now consider the coverage in the Times.

The main picture on the NYT cover page was about poor people being discriminated against. It was part of a multi-day story of the Times about injustices faced by people of color and the indigent.  The smaller picture on the bottom of the page discussed how ISIS marks up the pages of children’s books, presumably of Muslim children. There was no coverage of the attack on the Christian community in Egypt.

The Times did cover the story in the middle of the paper. On page A4 there was a copy of the same picture that the Wall Street Journal posted in color on the front page. However, the Times posted it in black-and-white.  The Times shrunk the picture to such a level, that it was almost hard to notice it compared to the giant picture of Nigerian refugees (people of color) in the middle of the page. The headline of the bombing attack did state that the “Bombing Targets Egypt’s Christian Minority,” it is simply a question of whether anyone would pause to read the article compared to the prominent article on the page “Niger Feels Ripple Effect of Boko Haram.”

The Times coverage of world affairs follows a familiar pattern: Christians and Jews do suffer, but hardly as much as Muslims and people of color. Racism and Islamophobia are the themes of the Times. Do not get distracted by tinges of hatred of Christians and Jews. To do so, would be to invert victim and perpetrator.

Every Picture Tells a Story- Whitewashing the World (except Israel)

Every Picture Tells a Story: The Invisible Murdered Israelis

Every Picture Tells A Story: Only Palestinians are Victims

Every Picture Tells a Story: Versions of Reality 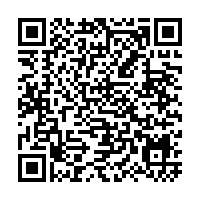