The definition of the ‘if p then q’ (called a ‘conditional’, and sometimes written p->q) statement seemed counter-intuitive to some students. It is true if and only if either p is false or q is true. That may seem strange, but think about it: suppose I assert that “if I drink 3 cups of coffee then I will have insomnia.” What could falsify this statement? Only one situation: I drink the coffee but still sleep normally.

This definition can be expressed as a “truth table” which tells us what the result will be for every possible combination of truth and falsehood of the antecedent (p) and the consequent (q). Here it is:

Not every conditional statement that we make is a simple function of the truth of its components, but many of them are.

Here is one that I see a lot:

“A majority of Jewish Israelis would give up most of Judea and Samaria, even evacuate settlements, for peace.”

Another way of saying this is that most Jewish Israelis agree with this conditional statement:

“If it would result in a lasting peace, I would support withdrawal from Judea and Samaria.”

The only case in which this statement is false is the one in which the speaker does not support withdrawal despite believing that it would result in peace. So no wonder a majority agrees with it.

It is perfectly rational to accept the truth of the if-then statement, but not support withdrawal because one does not believe that peace would result. For example, many Israelis believe that a withdrawal would result in a Hamas takeover and a Gaza-like situation a few miles from Israel’s population centers. Some point to the PLO’s refusal to recognize a Jewish state with any borders. Others compare the ease with which the Arabs could tear up a peace agreement to the difficulty of repossessing the land after it is ceded.

So clearly the truth of the statement does not imply a readiness on the part of the Israeli public to withdraw; rather it points to a strong desire to finally have an end to the conflict.

This is what I call a “winged pig conditional.” And that’s what this statement actually is — a trivial one whose assertion commits the speaker to nothing.

I am prepared to bet $1,000 on the truth of the conditional statement “if pigs had wings, then they could fly” (with proper safeguards prohibiting bionic wings, etc.). This is because the antecedent “pigs have wings” is so unlikely as to be considered impossible. So I am not risking any money.

And based on my understanding of the oft-stated intentions of the PLO and Hamas, of Palestinian Arab public opinion, of P.A. and Hamas media, I can say that the proposition that withdrawal would lead to peace is just as unlikely.

To a great extent, the whole idea of a two-state solution as presented by President Obama, Shimon Peres, etc. is a winged pig. Of course it would be wonderful if Israelis and Arabs could live side by side in peace, but since the idea of a Jewish state is so consistently rejected by the Arab side, the questions of “how do we get there” so beloved by Dennis Ross, for example, are so irrelevant as to be uninteresting.

Some years ago, P.M. Netanyahu made news when he announced (under U.S. pressure) that he supported the idea of a Palestinian state in the context of a “two-state solution.” What he meant, of course, was a kind of winged-pig conditional: if the Arabs would agree to recognize Israel as the state of the Jewish people, if the state could be demilitarized, if various security requirements could be met, then …

Of course the response from Mahmoud Abbas was predictable: Netanyahu is lying! He doesn’t support a “two-state solution” because a two-state solution includes right of “return” to Israel for 5 million “refugees,” and no recognition of Jewish ownership of Israel. Not to mention that “Palestine” deserves an army.

This is why the whole “peace process” discussion is so unutterably boring. It is unconnected to reality.

Perhaps those who believe that there is a value to Judea/Samaria that transcends its use as a bargaining chip, and indeed transcends its importance to security, a value that comes from its being the historical homeland of the Jewish people — maybe they have a point? 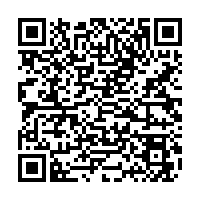