President Barack Obama said on Israeli television Thursday that Iran is at least a year away from being able to produce a nuclear bomb.

He also said he is not about to free Jonathan Pollard from prison because he “committed a very serious crime.” Pollard passed on classified information for the benefit of Israel, a crime that usually is met with a prison sentence of 2-4 years. Pollard received a life sentence.


The interview was conducted on Channel 2 with Yonit Levy, whose views are to the left and who could be depended on by the White House to be a ”friendly” interviewer.

She asked softball questions, such as why President Obama did not visit Israel for four years while he was serving his first term in office. “Well, we’ve had some crises in the United States,” he responded, and then went on to tell Israelis about ”shared values, a shared vision” and, of course, America’s “unshakeable commitment” to Israel.

On Iran, his comments indicated that Israelis have nothing to worry about in the near-term, and  he referred to Prime Minister as if were a real pal, calling him “Bibi.”

“We think that it would take over a year or so for Iran to actually develop a nuclear weapon, but obviously we don’t want to cut it too close,” President Obama said. “So when I am consulting with Bibi… my message to him will be the same as before: If we can resolve it diplomatically, that’s a more lasting solution.”

Another one of Levy’s softball questions, if not an idiotic one, was whether President Obama really would order an attack, as if he would say, “Nah, it’s just a bluff.”

“I’d love to sit at a cafe and just hang out,” he told Levy. “Sometimes I have this fantasy that I can put on a disguise and wear a fake mustache” in Tel Aviv and speak to university students “in a setting that wasn’t so formal.”

“You can’t just slip out and interact with people without having a bunch of guys with machine-guns,” meaning his Secret Service agents,” added the president.

He also said he would like to “be able to speak to the Arab street.”

His trip will be anything but a stroll among the people. Like the interview with Levy, everything is being staged, and he will not visit any places such as the Knesset, where someone might speak his mind.

For the same reason, he probably will not visit Ramallah, where security would be a nightmare and a rowdy crowd would probably burn American  flags and hang effigies of Obama.

Obama rejected the idea of another freeze in building for Jews in Judea and Samaria, saying that preconditions for talks with Israel are not going to work.

“I will say to both Bibi and Abu Mazen” that  the Palestinian Authority and Israel must recognize each other as legitimate,” he stated.

President Obama uttered one statement that, without his realizing it, actually sums up the inherent contradiction of PA Chairman Mahmoud Abbas demands and Israel’s needs.

The Palestinian Authority needs “a land of their own” and Israel needs to assured its security will not be at risk, he declared. 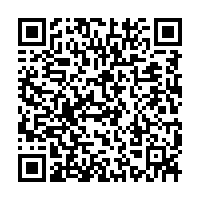