Greetings to all, my name is Nachalah, I am a 24-year-old student. I am studying communications and graphic designing at Sapir College… Sapir College in Southern Israel is under fire, situated near Sderot and the surrounding Kibbutzim, where the bravest children in the world live.

Why choose Sapir College when there are many other good academic institutions in Israel, why learn under fire when I can learn under a clear blue sky where the only thing that fall on you are the autumn leaves? I didn’t really choose Sapir, but rather it chose me. Our romance began in July, about a year and a half ago. Yonatan, a friend, invited me to go on a short trip to the south. He went apartment hunting in the Sderot area, and I joined him.

We visited Kibbutz Mefalsim, about two kilometers away from the Gaza Strip. I fell in love with the place, the green and the serenity. During the period since the visit I was discharged from the IDF, and was contemplating my future. I rented a place at the Kibbutz and enrolled at Sapir College. I knew about the Kassam rockets, but was told that the campus was protected and properly fortified.

As I was listening to these explanations I was thinking to myself: I doubt I will ever have actually run for cover. Everything was green and pastoral; I was really taken by the positive campus ambiance.  It was one of those moments when you know you are where you are supposed to be, feeling at home after a long period of wanderings. Kassam rockets?! No bothers, I can handle it. This is my country and no one will take away my right to study where ever I wish, even Sapir (so I thought). Now I must tell you that my fashion choices are set primarily by the shoes I choose every day…lately, it’s been mostly sports shoes (I am a sports freak and spend a lot of time at the gym…but I don’t want to be caught unprepared).

On My First Day as a Student

How can I describe my first day? I woke up on the couch in Tel Aviv, at a friend’s apartment. Why Tel Aviv? The day before, I was on the way to Sapir, enjoying the ride, when explosions began to occur around us and the sirens began to whine. The driver continued on as if nothing happened. I was a bit disconcerted, but school was progressing as usual, and I guess they know best. Well, I was wrong, I spent the entire night in the shelter, getting updates through the annoying emergency announcement system. At five in the morning I caught a bus to Tel Aviv, and there I was able to sleep soundly. After a few days there was a cease fire and classes resumed. The first day started out slow, and then more people arrived in the next days, but that didn’t last long.

This morning (Monday) I woke up early even though I have classes only at 2 in the afternoon. I had to go to the dentist. Yesterday classes were canceled because of the shaky situation. Actually, I was really mad. I was waiting for Sunday because I love the classes I have on that day and did my homework. The previous night I slept will. In the morning I came into town for my appointment. I got in early because no one else showed up, and got the VIP treatment.

On the way back I got a ride with a tourist who spent the night at a guest house, and the room next to his was hit by a rocket. At classes only half of students showed up. That was odd. Then we waited a half an hour for the lecturer. It turned out that only 5% of the students showed up for his previous class, so he left early. We finished early, and so I decided to go to the gym to work out. We had zumba class, and things were warming up nicely, and then someone came in and turned down the music “You didn’t here the ‘Red Color’ alert, the music is too loud.” We continued with constant interruptions because of the rocket alarms. The workout could have been more effective…

Now I’m at home writing these lines as I hear booms in the background, playing the game of guess (a rocket, thunder, a door slamming, you name it). That’s enough for today; I hope the nice people firing at us from Gaza think so to. Good night! 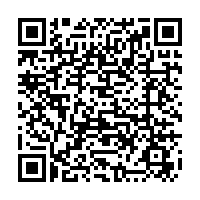