Pink Floyd founder Roger Waters has declareed that a boycott of Israel is the “way to go”(“Roger Waters Calls For Boycott Of Israel,” Rolling Stone, March 20,2013). This statement is distressing not only because his numerous accusations leveled against the state are based on falsehoods, but are inflammatory as well. As members of the entertainment industry, we question Mr. Waters’ misinforming his fans in a way that only triggers further hostilities while continuing to dampen hopes for peaceful dialogue in the Middle East.

Mr. Waters blatantly condemns Israel, yet ignores the facts. Israel has never practiced or enforced racial segregation. As the sole democracy in the Middle East, Israel has always encouraged and legally enabled the integration of Arab peoples into all aspects of Israeli life. Arabs have been elected to the Knesset in every election since Israel’s founding and the Israeli Supreme Court guarantees all Arabs equal rights and full protection under the law.


The recently crowned Miss Israel was born in Ethiopia and quoted Martin Luther King in her acceptance speech! “There are many different communities of many different colors in Israel, and it’s important to show that to the world,” said the new Miss Israel.

Also consider that Israel has already elected a female prime minister, LGBT Israeli soldiers have the right to serve openly in the military, and married LGBT couples are ensured full adoption and inheritance rights. In fact, Israel’s official policies are often more advanced than America’s in promoting and supporting freedom of religion, women’s rights and gay rights, none of which exist in their neighboring nations or states.

Mr. Waters also proclaims his outspoken support of the Boycott, Divestment and Sanctions (BDS) movement, a frequently vilified organization that fundamentally questions Israel’s very right to exist. Even political author-activist Norman Finkelstein – a noted advocate of the Palestinian cause – has branded the movement “a hypocritical, dishonest cult” and said in a recent interview that BDS is “not really talking about rights. They want to destroy Israel.”

One-sided cultural embargos such as those advocated by Mr. Waters are an affront to both Palestinian and Israeli moderates who seek peace. We too wish for a resolution to the complicated Palestinian-Israeli situation, and believe that the unique connection between artist and fan is part of the solution. Music can reflect politics, but should never be disingenuous.

Mr. Waters should remember that music is our shared language, one that transcends dialects of hatred. Fans are the same everywhere in the world, and today many of Roger Waters’ fans are severely disappointed that he chose the words he did instead of those spoken on the same day by President Obama: “The United States of America stands with the State of Israel because . . . it makes us both stronger. It makes us both more prosperous. And it makes the world a better place.” 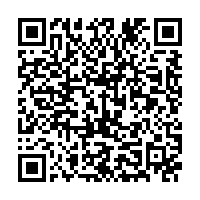