When an Israeli politician starts talking about pain and sacrifice, watch out. Someone is about to get shafted.

MK Dov Lipman from Yesh Atid recently professed his love for Eretz Yisrael in the ironic context of saying how it “will pain me greatly” to destroy Jewish communities, as part of the two-state “solution” that he supports. Lipman had a related exchange in an interview from February:


Interviewer: And the fabric of Israeli society and the way the army functions is such that we could actually dismantle dozens of settlements in the course of a peace agreement without ripping the country apart?

Lipman: It can be done, if it’s done the right way. We can certainly learn the lessons of the [2005] Disengagement in terms of there being some things that you can do and certain things that should not be done. Yair also has been outspoken about how the evacuees have been treated…

In reality, Lipman and his ilk have learned nothing from the destruction of Gush Katif, the chief lessons of which are: Stop expelling Jews, and stop empowering Israel’s enemies. As Iran stated after this colossal injustice which has caused so much misery:

“The Zionist regime retreats in the face of the slightest resistance. The willingness of the Zionists to leave behind their synagogues in Gaza demonstrates conclusively that they have no God, and therefore, of course, no religious connection to the Holy Land; they will now be easily ejected from all of occupied Palestine.”

The terminology Lipman uses also betrays his coarseness toward what the government perpetrated in 2005. Citizens formerly of Gush Katif are not “evacuees” who were saved from a hurricane or such. As a Gush Katif expellee has commented about the similar falsification in usage of “uprooting”:

“I don’t consider the word choice to be a matter of semantics or euphemisms. It reflects a world outlook. The use of uprooting seems to desensitize the mind, soften the reprehensible event, and merely serve to pave the way for future expulsions in disputed parts of the Land of Israel. It exonerates the Israeli government of its crime against the Gush Katif residents in particular, and the Jewish nation in general.”

If Dov Lipman is truly pained greatly over expelling more Jews, let him lead the way by leaving his home in Beit Shemesh and moving his family to a caravan for several years. But as with the prime minister, who spoke in 2011 about making “painful compromises to achieve this historic peace,” other Jews always seem to suffer the pain. Likewise, when “public security” minister Yitzhak Aharonovitch recently called to intensify Israel’s already repressive gun control policies, one doubts that he will lack for personal protection.

No, it’s not the political elites who tend to lose their homes or lives. The victims are people like the DeYoung family formerly of Kfar Darom and Yitzhak Ames Hy”d. Unlike Lipman or Netanyahu, openly hostile politicians such as Ibrahim Sarsur and Jamal Zahalka at least have the decency to abstain from claims of compassion when they propose loathsome deeds. 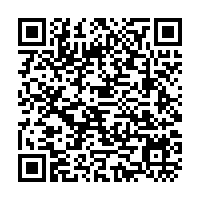