My fellow jblogger, Paula, the Soldiers’ Mother is having the same reaction to Europe as I had when in Philadelphia last summer.

I asked the really nice Pakistani taxi driver how old London was – I should just do the research. He said – “very old. More than 300 years old.”

Pretty much everything in America (at least in terms of architecture) is, at most, 200 years old so at 300 and more, that becomes impressive. The problem, I realize, is that after living in Israel so long, pretty much nothing tops it. There are parts of Jerusalem that are 2,000 years and more. Rome will likely have similarly aged buildings but I’ve clearly decided my question was wrong. Old , for someone who is in Jerusalem daily, is not a good measuring factor.

Shiloh was the Capital of the Jewish State that had existed here three thousand years ago.  Our People, religion and country existed before there was a language called English, or French or Russian.  We speak, work and invent modern technology in that very same language.


A mile from my house is the Shiloh HaKeduma, Tel of Ancient Shiloh.

Most of my Shiloh neighbors live much closer to the Tel than I do.  Modern Shiloh grew around the old structures.

My sons live and one even works in Jerusalem buildings over a hundred years old.

The Jewish Religion and Jewish Nation are thousands of years old.  We have out-survived all of our enemies, and we’re thriving, thank G-d.  Everything looks different from the perspective of being here in Shiloh, Israel, the Holy Land.

The State of Israel would be in better shape if only our political leaders would accept this and stop trying to more “modern,” like other countries.  We are not the same as other countries, other religions and other societies.

Let’s stand up proudly and state that our country is thousands of years old.  We predate all of those who try to tell us what’s best for us.  The only One Who does know what’s best is G-d Almighty.  That’s it in a nutshell. 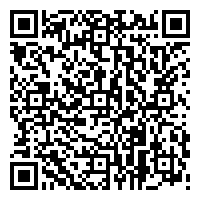