I have been seeing a new movement in the news for months. It is called the “alt-right” movement. According to Wikkipedia, they are a movement of people with far-right ideologies, who reject mainstream conservatism in the United States. They have no formal ideology, but they have been painted by many in a not-very-good-light.

Honestly, I don’t care about them or their ideology. But, ever single time I saw the name of their movement in print, all I could think of was the computer keystroke combination of control-alt-delete (also known as “ctl-alt-del”). On a PC, this set of combined keystrokes brings up a screen that allows you to check various things on your computer. And each and every time I saw the name of the “alt-right” movement, that is all I could think of!


So, as a joke, this morning on Twitter I tweeted the following:

ravzev @ravzev1
I want to start a new movement. It’s called control-alt-delete…who’s in?
Some “liked” the joke on Facebook. Others, “loved” it and others gave me a “laugh icon.” But then, I got to thinking that there is a lot to that combination of words, that can indeed be a useful tool.
If we make use of all three of those words in regards to self-improvement, we can make some significant changes! Allow me to explain:
CTL or CONTROL
When we want to make changes, we must start with ourselves. Often, people believe that in order to change themselves they need to change others. Still others go further than that and believe that if they could only control the other person’s behavior, they themselves will change. That is false thinking (not to mention dangerous, if the person wants to “control” another individual). Instead, you must control YOUR situation and try to take control of YOUR life and YOUR environment in order to try to affect the changes you wish to make. For example, it may mean finally making that call you have needed to make to get help. It may mean sharing your burden or your pain or your struggle with your spouse or a friend. Step one in trying to bring about change in your life is to attempt to control your situation. This will enable you to take the next action…ALT.
ALT or ALTERNATE
Once you have discovered ways to bring things under control (obviously, this can be a myriad of cases or situations), you need to then ALTER your thinking, your actions, your environment, etc. Making the actual changes and altering your life choices will be that next step in growth or change. You may not be able to alter things alone. Seek out help. Ask friends, family or a confidante. After you begin that step, the one hurdle you are still faced with is “the past.” And that is where the next important step comes in…DEL.
DEL or DELETE
Your past tends to play tricks on you about who you are and who you could have been. On the one hand, you may experience “euphoric recall” and think that the past that you wish to change was actually a great thing you had going, when in fact it may have been self-destructive. Or, on the other hand, the tapes playing in your head about your past may cause you to think that nothing can ever change because of your past. It is for this reason you need to take that next step in growth: delete those tapes! Delete the notion that you can not change and never will. Delete that notion that the past you experienced was great when you were (fill in the blank: drinking, drugging, not treating people well, etc).
Perhaps, then, by using this process–by beginning to take CONTROL of your life and then taking steps to ALTER what you do and who you are and finally DELETING past behaviors and negative self-talk–you can being to move forward to change!
Are you ready to join the ctl-alt-del movement?
Advertisement

The Telos Group: The True Identity of the “American Pro-Israeli, Pro-Palestinian, Pro-Peace Movement “ 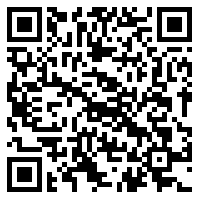