{Originally posted to the  author’s website, Word from Jerusalem}

The victory of Donald Trump in the U.S. presidential elections will have long-term global repercussions at many levels. It represents a revolt against extreme postmodernism which has undermined the moral fiber of the West and its willingness to defend itself, facilitating the emergence of brutal Islamic terror throughout the world.


Many, if not most, of those who voted for Trump were offended by his vulgarity and aggressive language and did not support all aspects of his policies. They voted for him because they regarded him as the only opportunity to break with the status quo.

The refusal of his antagonists — the self-styled liberal guardians of democracy — to accept the outcome of the election was despicable and unprecedented and contrasts with the acquiescence of the defeated Republicans when Barack Obama won both of his elections.

Whether or not Trump will succeed in restoring America’s former global and political status remains to be seen. We should bear in mind that when Ronald Reagan was elected, the media and much of the “intelligentsia” described him as an idiot and predicted disaster. But he proved to be one of the greatest American presidents.

Trump’s victory could have dramatic ramifications for Israel. Of course, pre-election undertakings are never fully implemented, but it is historically unprecedented for Israel to enjoy such a committed pro-Israel incoming president together with massive support from both houses of Congress.

Trump, who literally gushes over Israel, has always been closely associated with Jews in business and politics. Aside from his family, his senior advisers include committed devotees of Israel.

He has repeatedly praised Israel and refers to us as America’s greatest ally; he has endorsed Israel’s position on defensible borders and stated that he has no objection to construction in the major settlement blocs and Jerusalem; he called on the Palestinians to recognize Israel as a Jewish state and is opposed to imposed solutions, insisting that the only way to peace is by direct negotiations between the parties; and most importantly, he has made it clear that he totally repudiates President Obama’s criticism of Israel for failing to make progress in the peace talks and his application of moral equivalence between Israelis and Palestinians.

Trump committed to moving the U.S. Embassy from Tel Aviv to Jerusalem — although that is an unfulfilled pre-electoral promise made by many of his predecessors, both Democrat and Republican.

He has also undertaken to confront the Iranian terrorist regime and either terminate the bogus nuclear deal or at least pressure the Iranians to adhere to their commitments.

His vice president-elect, Mike Pence, is a passionately devoted Christian friend of Israel and a seasoned politician who Trump has announced will be his major adviser and policy formulator (see Pence address below).

And whatever tensions exist between Trump and both of the Republican-controlled houses of Congress, the one issue that they share in common is support of Israel.

However, none of this should be misinterpreted to mean that the Trump administration will favor annexation or a one-state policy. Trump has made it clear that he still endorses a two-state policy but, in contrast to Obama, he stipulates that it cannot be imposed without providing Israel with defensible borders and all of the security guarantees it requires — an unattainable objective and at present, not even on the horizon.

For this reason, the bombastic declarations by the Israeli Right and particularly Habayit Hayehudi Chairman Naftali Bennett’s calls for annexation in the wake of the election results are irresponsible and could be highly counterproductive. Prime Minister Benjamin Netanyahu should tell his coalition members to zip their mouths shut and enable him to move forward by engaging in silent diplomacy with Trump, who has already extended a warm invitation to meet with him.

One of the negative repercussions of the Trump victory is the accelerated erosion of bipartisanship and the growing influence of the radical anti-Israel wing of the Democratic Party. Nothing exemplifies this more than the likelihood of the anti-Israel Muslim Congressman Keith Ellison — who was initially funded by the Hamas-linked Council on American-Islamic Relations — assuming the role of chairman of the Democratic National Committee, supported by leading Jewish Senator Chuck Schumer. The post was formerly held by pro-Israel Congresswoman Debbie Wasserman Schultz. Simultaneously, anti-Israel Jewish Senator Bernie Sanders is emerging as one of the most powerful forces in the defeated  radicalized Democratic Party.

The most bizarre aspect of this election result is the almost hysterical reaction by liberal segments of the Jewish community. That 70% of Jews supported Hillary Clinton is not surprising and consistent with their longstanding obsession with liberalism. But the manipulation of Jewish issues as a political vehicle by some American Jewish leaders to oppose Trump will be recorded as an act of infamy.

The trailblazer was Anti-Defamation League CEO Jonathan Greenblatt, who shamelessly uses this once-venerable organization as a mantle to promote his radical liberal agenda. Commissioned to combat anti-Semitism, he had the chutzpah to harness the ADL to condemn the Republicans as “anti-Zionist” because they failed to relate to a two-state solution in their Middle East policy platform.

He condemned Trump for “tolerating” anti-Semites because he declined to dignify the Ku Klux Klan by responding to their expressions of support for him. In fact, thanks to the ADL’s anti-Trump hysteria, anti-Semites and scum like David Duke were brought to the forefront of the mainstream media, a goal which they had sought unsuccessfully to achieve over the past decades. It also encouraged racists and anti-Semites to emerge from their closets.

This contrasts starkly with the muted response to by liberals to Obama’s relationship with Rev. Jeremiah Wright, a paranoid anti-Semite. Not only did Obama attend his sermons with his family, but Wright actually officiated at his wedding and was appointed by him in 2007 to the African American Religious Leadership Committee. He only dissociated himself from Wright’s views after media exposure but refused to disown him personally, relating to him as “an old uncle.” Not even the fiercest critics of Trump can suggest any comparable relationship with Duke or any other identifiable anti-Semite. But his critics continue defaming him as a promoter of anti-Semites.

Clearly motivated by a very partisan agenda, they take this to insane levels. A star motif used in Trump’s election propaganda was pounced upon by the ADL, claiming that it was a Star of David employed to inflame Jew-hatred. The frenzied ADL also suggested that Trump’s condemnation of the power of the international banks (also promoted by Bernie Sanders) was a subtle means of promoting “The Protocols of the Elders of Zion.” One has to be either a paranoid delusional or an anti-Semite to genuinely believe that any reference to international banks is a reference to Jews. And to top this, a negative reference to the anti-Israel George Soros — which most Jews would endorse — was also alleged to be anti-Semitic.

Not surprisingly, the hysteria impacted on Jews at the grass roots.

Yet in the wake of the election of a most pro-Israel U.S. government, in which Jews and staunch friends of Israel are likely to assume key positions, with the president’s daughter having converted to Judaism and observing an Orthodox religious lifestyle, many Jews have simply lost the plot. A number of Reform and Conservative synagogues actually held special mourning services to bewail the advent of fascism in America. One prominent Conservative rabbi in New York even made a shocking analogy between the Trump victory and the rise of Nazism prior to the Holocaust.

The ultimate obscenity was the hysterical attack on Trump’s appointment of the controversial right-wing media executive Steve Bannon as his strategic adviser. Without any credible proof, the ADL accused him of being an anti-Semite who would pave the way for a return to anti-Semitism and white supremacy.

It so happens that Bannon is surrounded by Jews in his media company, Breitbart News. He is known for his fervent support for Israel and his condemnations of the boycott, divestment and sanctions movement, anti-Semitism and anti-Israelism on campus. One can disagree with Trump’s selection of Bannon, but for Greenblatt and the ADL to smear him as an anti-Semite is beyond the pale. The uproar following this was so great that Greenblatt was ultimately obliged to whisper a withdrawal of this false allegation.

The double standards applied by the ADL is exemplified by the fact that despite the outright anti-Semitism and promotion of BDS against Israel promoted by the Black Lives Matter movement, Greenblatt does not call for Jews to boycott the organization and still refers approvingly to the “positive” aspects of its work, suggesting that only a “small minority” imposed the anti-Semitic aspects of its program. Apparently the ADL adopt very liberal standards to real anti-Semitic groups if they come from the Left.

Greenblatt’s use of a revered body created to combat anti-Semitism to promote his own partisan political agenda and even stooping to use allegations of anti-Semitism to slander his opponents is scandalous. He has no place in a mainstream Jewish organization.

American Jewry today stands at a crossroads. Ironically, at a time when possibly the most pro-Israel U.S. administration in history is about to take office, significant sectors of the Jewish community are falsely accusing its leaders of promoting anti-Semitism. It should be noted that other mainstream Jewish bodies, like the Conference of Presidents of Major American Jewish Organizations, American Israel Public Affairs Committee, and the American Jewish Committee, did not engage in this campaign and merely called for unity. But the Zionist Organization of America was the only significant Jewish organization protesting against this partisan defamatory campaign.

However, it is obvious that increasing numbers of Reform, Conservative and secular Jews consider Israel low among their priorities and confuse liberalism or “social justice” as a universalist basis for a Jewish commitment with no Jewish content or values. In all likelihood, they will become even more estranged from Israel as they seek to further ingratiate themselves with their liberal friends.

Fortunately, this will be compensated by the intensified support for Israel from committed Jews and Christian friends. 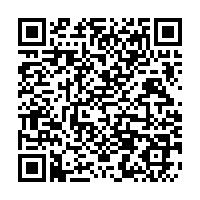