Trump sketched out an outline of his initial plans for the first 100 days in office upon entering the White House when he is inaugurated on January 20, 2017.

“My agenda will be based on a simple core principle: putting America first,” Trump stated.

“Whether it’s producing steel, building cars or curing disease, I want the next generation of production and innovation to happen right here in our great homeland, America, creating wealth and jobs for American workers.”

The six-point plan that Trump pledged to implement on Day One is as follows:

“On energy, I will cancel job-killing restrictions on the production of American energy — including shale energy and clean coal — creating many millions of high-paying jobs. That’s what we want, that’s what we’ve been waiting for.

“On regulation, I will formulate a rule which says that for every one new regulation, two old regulations must be eliminated, it’s so important.

“On national security, I will ask the Department of Defense and the Chairman of the Joint Chiefs of Staff to develop a comprehensive plan to protect America’s vital infrastructure from cyber-attacks, and all other form of attacks.

“On immigration, I will direct the Department of Labor to investigate all abuses of visa programs that undercut the American worker.

By last Friday, Trump had already spoken by phone with NATO Secretary-General Jens Stolzenberg, assuring him that America would fulfill its commitments to the organization and protect Europe’s security, although he reminded the NATO leader the U.S. would not cover the extra costs involved. 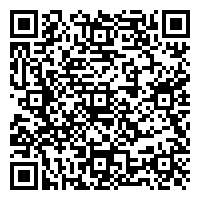