Until just a couple of weeks ago, the only whitefish I really ever heard of was the kind you sometimes find in a small plastic container that you ate with a meal of at kiddush. But, suddenly, there is a new whitefish to be reckoned with. Or, perhaps more precisely, Whitefish, Montana–population  6,649. It has a handful of lodges; a couple of restaurants; a few stores and a ski resort. I feel fairly confident in saying that the vast majority of those reading these words will have never heard of Whitefish, Montana.

Well, that had better change, and soon.


According to news reports (see here for example), a neo-Nazi website said it has filed the paperwork for an armed neo-Nazi march designed to harass the Montana Jewish community of Whitefish. The march has been set for  January 16th, Martin Luther King, Jr. Day.

Andrew Anglin, who runs the Daily Stormer (think Der StÜrmer) website, wrote in a post published Thursday that nationalist groups from the United Kingdom, Sweden, France and Greece will attend the march. He also confirmed that “a representative of Hamas will be in attendance, and will give a speech about the international threat of the Jews.” He said that participants will march through the center of Whitefish, and end at Memorial Park, where several people will speak.

“…they will rue the day, as they see two hundred skinhead Alt-Right Nazis marching with a guy from Hamas carrying machine guns through the center of their town!”

At this point, you might be asking yourselves how many Jews even live in Whitefish, let alone Montana itself? Well, in Montana the estimate is 6,000. There are about 100 known Jewish households in Whitefish and nearby Kalispell, part of the Flathead Valley. So, in a town that has approximately 100 Jewish households and, let us assume for argument’s sake that there are 3 per house, this gives us a whopping total of 300 Jews in Whitefish, the upcoming “epicenter” of hatred from this neo-Nazi group. If you do the math  and divide the 300 by the approximate 15,000,000 Jews in the world, you arrive at .00002 % of the Jews in the world. It is against this minuscule number that the neo-Nazis are protesting.

But, if you think that that’s against whom they are protesting, you couldn’t be more wrong.

They are protesting against you and me. They are protesting against JEWS all over the world. They don’t care about Jews in Montana. They don’t care about Jews in the USA. They care about and wish to eradicate Jews all over the world. Why else are they having representatives from all over–including our Number One buddy, Hamas? Make no mistake about it. This is not just some little fringe group who can get their jollies by marching against a handful of Jews. This group is a microcosm of what is happening in many cities and communities, large and small. Seems like hardly a day goes by without a swastika or a gravestone desecration or some other anti-Semitic act in the news.

What you are about to see in Whitefish will be followed by other cities…some small and some large. They are not only “protesting.” If that is all this was, then I would not have that much to say. That kind of march is protected by free speech and the constitution of the USA. However, when they are marching and carrying a machine gun (legally!) in the streets–they are walking the streets and “screaming” at the top of their lungs: “Death to the Jews.”

You have to wonder, how it is that in so-called “modern times,” that these kinds of horrible anti-Semitic acts and marches can even happen. Sadly, that would be a very naÏve question. Because, as we know from our history and from the statement in the Pesach Hagada: בכל דור ודור עומדים עלינו לכלותינו, that in every generation there arise those, who wish to annihilate us. As a matter of fact, if you want just a taste of  global anti-Semitism, see this link, in which the ADL gives dozens and dozens of examples of hateful actions against Jews around the globe.

It is in that type of an environment and climate that a UN resolution (such as 2334) can not only pass un-opposed but can then be met with cheers, applause and high-fives. Yes, indeed, a legitimate, “legal” form of anti-Semtism. When the guy sitting in his armchair in Whitefish, Montana sees that type of vote from such an “august” body, what else is there for him to think?! It validates all he believes: All the world’s ills are the fault of the Jews.

And getting a spokesman from Hamas to bolster their “cause”at this march in a few days is not surprising at all. In their eyes, Hamas is to Israel what the Jews are to the world. So, why not bring in the “big guns.” 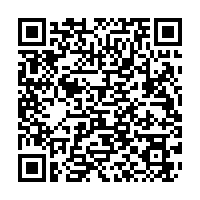