Lawmakers at the State House in Montana have advanced a bill that will direct the Montana Board of Investments to cut ties with companies that support the Boycott, Divest and Sanctions movement (BDS) to boycott Israel. The bill would also ban public agencies, including those at the local and county level, from doing business with firms who refuse to certify in writing they are not engaged in a boycott of Israel.

The bill is sponsored by Republican House Speaker Austin Knudsen of Culbertson, who says the measure will send the message that “We will not send our taxpayer dollars to companies which chose to participate in the boycotting and sanctioning of one of our nation’s strongest allies.”


The House endorsed the measure 59-41 on its first vote, showing solidarity with Israel at a time when a Jewish center in the tiny Montana community of Whitefish has been the target of bomb threats.

Rabbi Chaim Bruk said in a statement released by Knudsen’s office, “BDS is nothing less than modern-day anti-Semitism.” He praised the House for “standing with the Jewish people in Montana and their eternal bond with Israel.”

Anti-Semitism is not new to Montana; neo-Nazis targeted Jewish residents of the tiny town of Whitefish last December, urging local non-Jews to “take action” against their Jewish neighbors.

“We’re all aware of what happened in Whitefish late last year,” Knudsen told members of the House. “Some of that controversy is still going on. We have white supremacists who want to march in Whitefish, Montana, in our own home state.” 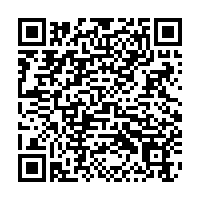