In January 1904, the Herero and Nama nations rebelled against German colonial rule. In August, German General Lothar von Trotha defeated the Herero in the Battle of Waterberg and drove them into the desert, where most of them died of dehydration. In October, the Nama people also rebelled against the Germans and suffered the same fate.

Between 24,000 and 100,000 Herero and 10,000 Nama died. The first phase of the genocide was characterized by widespread death from starvation and dehydration as the Germans prevented the retreating Herero from leaving the Desert. Later, thousands of Herero and Nama were imprisoned in concentration camps, where the majority died of disease, abuse, and exhaustion.


In 1985, the UN’ Whitaker Report classified those events as an attempt to exterminate the Herero and Nama peoples of South-West Africa, and therefore one of the earliest cases of genocide in the 20th century. In 2004, the German government recognized and apologized for the events, but ruled out financial compensation for the victims’ descendants. In July 2015, the German government and the speaker of the Bundestag officially described the events “genocide” and “part of a race war,” but continued to refuse to pay reparations, because saying it pays millions of dollars of development aid to the country instead.

Last Thursday, according to MmaringReport, the Ovaherero and Nama people filed a lawsuit in NY for unspecified sums against Germany, to seek reparations and compensation for the atrocities. Representatives of the Herero and Nama tribes also filed a class-action complaint with the UN Thursday against the German government, seeking reparations and a place at the negotiating table.

The tribesmen people also claim that the German government also looked the other way regarding rape by German colonists of indigenous women, as well as the use of slave labor.

“The only difference [between the Jewish Holocaust and our own] is that the Jews are white and we are black,” Herero chief Sam Kambazembi told the NY Times last December. 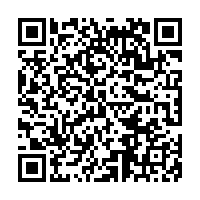