I am a member of the Likud, a member of it’s Central Committee and a candidate on it’s list (albiet so low that no matter how well the Likud does I wouldn’t be in the Knesset). There’s a lot I could say in favor of the Likud and why one should vote for it today.

Last night, the JewishPress.com published a great article making many of these points by Dovid Schwartz, who lives in the settlement of Karnei Shomron and is chairman of the Likud branch council there. One of his finest arguments was that all things considered, Netanyahu has been a pretty good prime minster, even for the settlements.


The only thing I would add on that point is that people should look at things in the wider perspective. today at the voting booth I got into an argument with someone (who said they were voting for Power for Israel) who said the Likud throws people out of their homes, won’t allow people to move into legally purchased homes, etc. My response was – do you know what didn’t happen during the last four years? A Convergence Plan. An Annapolis conference. The current Prime Minister did not encourage the U.S. President to put all effort into the Israeli-Palestinian peace process as Ehud Olmert told George W. Bush behind closed doors.

The big surprise of the election season is, of course, Naftali Bennett and the Jewish Home party which, according to polls, will garner way more than the less than 10 seats that was initially predicted for it. Part of that is due to the fact that there are simply voters who can’t vote Likud and want to vote for some party to the right of the Likud. Once Yisrael Beitenu and the Likud merged, their votes were put in play.

Those who vote like this – in order to hurt the Likud or to “strengthening it from the right” as they would say are only harming themselves. It’s true if the Likud is weaker, Bennett will have more power in the coalition. But the same will also be true for Yesh Atid (Lapid) or whatever other leftist party is brought in to make the coalition stable (that is to bring it up to 70 Members of Knesset). If the Likud only gets an amount of seats in the low thirties, whichever leftist party it is that joins the government will have a tremendous amount of bargaining power. So will Shas and Torah Judaism. That power will determining government policies, what laws are passed, and which party gets what ministries and who will be defense minister. For instance, a leftist party will object strongly to Moshe Ya’alon as defense minister. How much leverage they have will determine whether their objection is accepted.

Weakening the Likud for nationalist reasons will also contribute to keeping out nationalist Likud members like Ayoob Kara and Keti Shitreet, numbers 38-39 on the Likud’s list, out of the Knesset. Outside of the Knesset they would become much less relevant in the future direction of the party as well.

So my advice is, don’t try to outsmart anyone. You will just be shooting yourself in the foot. Vote for the party you want to see lead the country. 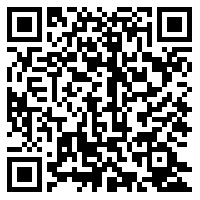