They keep saying that they are working to change things. But I don’t believe a word of it. According to the Jerusalem Post The Meah Shearim crowd is working with Charedi volunteers in the fire fighting establishment to prevent such occurrences in the future.

What kind of occurrences? These:

Haredim physically assaulted a female firefighter in the Mea She’arim neighborhood of Jerusalem, Israel Radio reported Thursday. The woman was working in a group of firefighters to put out garbage fires when the haredim threw objects at her, hitting her back and very lightly injuring her.

I’ve heard it all before. I know all about it. “These are hooligans no less than any society’s hooligans.” That is the cry of the apologists among us. I do not buy that argument. Never will. These people may be hooligans in the sense that they perpetrate violence against innocent outsiders whereas most of their society would never do that. But they are not hooligans like any other society’s hooligans. Certainly not in their Hashkafos which is what motivate their actions. These people were raised to believe that certain behavior is unacceptable. One cannot allow mingling of the sexes for any reason. Female firefighters working with male firefighters is therefore a violation of Halacha as they understand it.

That most of these people would not necessarily act this way on those beliefs is beside the point. There are some among them who believe they have an obligation to act on it. One can call them misguided. One can call them hooligans. But one cannot deny their motives. They do not just attack random people. They attack only people whom they feel violate their community rules. Rules which the rest of civilization does not have. Including the vast majority of Orthodox Jews. Including most normal Charedim.

Hooligans of the type that apologists compare these people to do not attack others based on the ideals learned from their religious leaders. The hooligans of a Chicago street gang are an orders of magnitude different from the Shomer Shabbos Charedim who threw objects at a female firefighter. The hooligans of Meah Shearim are meticulous about a great many Mitzvos – including going beyond the letter of Halacha in their observance of them.

They have beards, They have Peyos. They wear Chasidic type garb so as to differentiate from the secular world. They take pride in their isolationism for purposes of not being influenced by it. In short they are Frum to the point of being “Lifnim MeShuras HaDin” (beyond the letter of the law) in many aspects of their lives! I doubt for example that any of those hooligans have ever eating anything that did not have an Eida haCharedis Hechsher. To compare these people with the street gangs of Chicago or New York is completely disingenuous.

I realize of course that these people are probably dysfunctional. I also realize that they do not have the approval to do what they do from their rabbinic leadership. They do all this pretty much on their own. But they also know that their gender separation goals are very much appreciated by that very same leadership.

That is the core issue. It is the issue now with respect to that innocent firefighter and it was the issue last year with Naama Margolis, the 8 year old who was severely harassed on her way to school by the “hooligans” of Bet Shemesh. I’m sure those people too eat only from the Eida Hacharedis Hechsher.

In other words, they are all coming form the same place, Hashkaficly.

I have absolutely no confidence on things changing in those communities. The Charedi hooligans of Meah Shearim (and Bet Shemesh; and where ever else they can be found) who have lots of time on their hands will continue doing this type of thing unless their leadership cracks down on them. That means that they would have to violate their concepts of Mesira (informing on – or testifying against one of their own to the secular authorities). The Israeli government is not only a secular authority, they are considered a virtual enemy!

The bottom line is that this community can “Shrei Chai V’Kayom” – they scream until they are blue in the face about stopping this from happening again. They can say it is only the hooligans and that every society has hooligans. They can say all day long that they will work to change things. I don’t believe them. Until their leadership (like the Toldos Avraham Yitzchok Rebbe – pictured above) recognize that the problem starts with them – nothing is going to change.

What can we do about it? Not sure. But at the very least we ought to know the truth about what the real problem is. 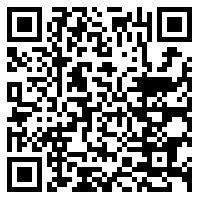