I am beginning to believe that reading the mind of God is a predilection of Haredi  rabbis. At least a certain type of Haredi rabbi indigenous to the holy land. Increasingly it seems that tragedies are attributed to ‘the evil of the day’. Which almost always is connected to sex.  Which makes me wonder about the Gemarah’s s statement ‘Avira D’Ara Machkim’ – that the mere air in the land of Israel makes one wise.

Here is the latest one from a letter in Hamodia republished in Rafi’s blog, Life in Israel. It was signed by Rav Shmuel Littman.  I have no clue who that is. But it seems obvious to me by what he writes that he a Haredi Rav. Although certainly not a moderate.

Rav Littman can now confidently join the ranks of all those others that blame every tragedy on their myopic biases of what plagues the Jewish community. They ‘know’ that that the biggest tragedy facing Klal Yisroel is the lack of a ‘proper approach’ to sex. No matter what the tragedy, some element of that is pointed to as the reason God found it necessary to send us a message. In Rav Littman’s case he is telling us that God found it necessary to tell us about the importance of segregating buses by blowing up a few of them killing and maiming all the innocent people aboard.

How did he determine this great piece of ‘wisdom and insight’? Isn’t it obvious? There hasn’t been a suicide bombing ever since Mehadrin buses were implemented in the Haredi neighborhoods. Here is how he put it:

As soon as these chariots of kedusha started running, the suicide bombers stopped.

That is what is protecting us. Why does he bring this up now? He is worried.  Israel’s supreme court has made Mehadrin buses illegal.  Although segregating the sexes may still be done on a voluntary basis – no one has the right to tell a passenger to change their seat.  So if a woman sits in the front of the bus in the so called (unofficial) men’s section, no one is allowed to ask her to get up and move to the rear – even if they do so politely. This – says Rav Littman ‘compromise(s) the safety of our nation’.

Rav Littman almost begs people to take heed, arguing that even married couples should not object to sitting apart for the ‘short’ bus ride. They need to talk? – he asks? They can do it when they get home, for Pete’s sake!

Of course an elderly couple where one of them needs the support of the other because of health or medical issues does not occur to him to be an issue. Maybe he thinks that Tznius issues require that an elderly couple like that simply stay home. What if they need to see a doctor? Well I suppose they can just take a more expensive cab.  That they live on a fixed income is certainly no issue when it comes to the Kedusha that is generated by those who worship the concept of the Mehadrin bus.

Like the Kedusha of those valiant Haredi Kannaoim who beat women up that violate said Kedusha by sitting in the men’s section of a relatively empty bus.  Or the dozens of other similar incidents were women were subjected to all manner of violence and/or  humiliation for doing that.

If this attitude weren’t so tragic, it would be funny. How anyone could claim to know the mind of God and thereby imply that the victims who were so brutally and suddenly murdered in bus bombings because buses in general were not sex segregated. How can anyone know – or believe so strongly he feels the need to warn us – that God’s wrath will descend upon us and start blowing up innocent people again if we don’t all adhere to Mehadrin bus rules voluntarily.

Need I add that the lack of ‘Kedusha’ that happens when a woman is occasionally found in the ‘men’s section’ of a bus is minuscule (if it exists at all) compared to the lack of Kedusha in the way the many rabbinic  leaders handle sex abuse? 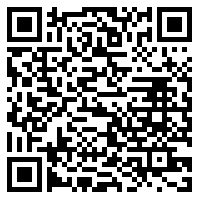