One of my personal pleasures these days is listening to an Iyun Kal (“lightly in depth”) Shiur on Shas Illuminated. This is a website designed for people who learn Daf Yomi and want t go into a bit more depth on the subject matter discussed in that day’s Gemarah. I have promoted this website a couple of times since my own son is one of the Magidei Shiur (lecturers). He did the first Perek (chapter) in Shabbos and is due to do the 12th Perek. Having it ‘spoon fed’ to me daily is quite a treat.

I love listening what various Rishonim, Achronim, and modern day Poskim have say on the those Sugyos (topics). I get quite a bit out of someone else’s hard work researching those sources.


But I wonder how many people are able to understand the language spoken by some of the Magidei Shiur. One might ask, “Don’t they give those Shiurim in English?” The answer is, sort of. The language they use is something called Yeshivish. That is a combination of English, Hebrew, Yiddish, and Aramaic.

For most people who have attended a Yeshiva through high school and beyond – this is not a problem. This is the way most of us have learned Torah. We use this “Language of Learning”. It is in our blood. Using words like “Mutar and “Assur” are far more natural for us than using their English translations of “permitted” and “forbidden”. It is far more comfortable for us to use the language of the Talmud itself in certain words and expressions.

In fact this is one of the problems I have with ArtScroll English Shas. They translate too much. But I am not criticizing them for that. I actually applaud them for it. They should use as pristine a version of the English language as possible so that everyone can study the Talmud despite their backgrounds.

So what’s my problem? It is the following. If one becomes accustomed to using Yeshivish instead of English one may actually come to forget how to speak the language. Not everyone will be able to understand them. In some cases the Yeshivish becomes so ingrained and so extreme that they become completely incomprehensible to the untrained ear. They may not even realize that normal English speaking non Yeshivishe people have no clue what they are saying.

I will never forget a Sheva Brachos I attended one time. The Chasan’s older brother who was born and raised in America but had been learning in a Yeshiva for over a decade after he was married was asked to speak. He realized that not everyone in the room understood Yeshivish and said so.

He therefore said that he was going to say his D’var Torah in English. And he proceeded to speak incomprehensible Yeshivish anyway. Makes me wonder what his actual Yeshivish sounded like. The point is, however, that he actually thought he was speaking English!

This is a tremendous failing in the right wing Yeshiva world. Secular studies are denigrated so much that the ability to communicate with the non Yeshiva world is completely hampered. These students are either never taught or they completely ignore English grammar and never try to increase their vocabulary.

If the right wing wants to communicate their ideas to an educated Orthodox public, speaking or writing in Yeshivish will not do the trick. They should be able to put together complete sentences that do not contain Yeshivishe words.

Nor will they be able to even teach Torah to anyone who has not gone through the Yeshiva system. Which brings me back to The Magedei Shiur at Shas Illuminated. They are all Tamidei Chachmim, Talmudic scholars. But not all of them speak English – even though they think they are.

My son does. In his Shiurim on that website, he utilizes the vocabulary and English grammar he learned in high school and college. Although he also uses some Yeshivishe words, they are only the ones that are most commonly used. His Shiurim are therefore more broadly understood. But some of the other Magidei Shiur use a Yeshivishe jargon that only those with a serious Yeshivishe background will understand.

Similarities Between Hebrew and Arabic

Times of Israel Hacked by Turks 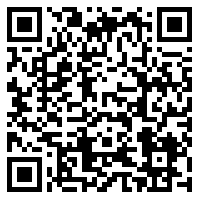