As I have done for the past 25 years, I spent the holiest day of the year in the holiest place in the world.

In 1989 my father took me up to pray with a small group of men and women who got together on Yom Kippur. At first I was not very impressed, as the room we were praying in seemed to actually be a makeshift synagogue with a small ark and an even smaller Torah scroll. Everything looked quite bland and even the Rabbi leading the prayer looked like your average Hassidic Rabbi with a long grey beard and a big black hat.

It was only after my father told me to go look out the window did I grasp the uniqueness of where I was. Below is the view from the side room of what is known as the “Machkame”. It is ABOVE the Western Wall!

The “Machkame” was built during the Mamluk Kingdom (1329). The building held a synagogue and a Jewish study hall that looked over the Temple Mount. Later, during the Islamic occupation of the the Land of Israel, Jews were prohibited from praying or studying there and that prohibition lasted till 1967.

The Western Wall is holy to Jews only because it is the last remaining wall that surrounded the Temple.

It is what’s on the other side of the Western Wall that is really holy and where the Jewish Temple once stood.

It is no coincidence that the famous Mosque in Jerusalem with the gold dome is also called Bayit-AL-Muqqadas, which in Hebrew means a house built on the Temple!

This was the view from the “Machkame” window.

Once I understood where I was standing, a feeling of total awe took over. The total jubilation and happiness was then over-shadowed by sadness as I watched Muslims kick around a soccer ball in an area that is so sacred to the Jewish people that only the Jewish High Priest was allowed to enter and only on Yom Kippur – and now Muslims are playing soccer there?

As I stood staring, my father gently moved my head to look at the “average” looking Rabbi who was leading the Yom Kippur prayer. “The Rabbi’s name is Rabbi Shlomo Goren”, my father explained, “he is one of the giants of the Torah world in Israel and one of the heroes of the 1967 Six Day War.”

The truth is, Rabbi Goren was NOT your average person or in fact not even your average Rabbi! He was an IDF paratrooper who fought in three wars and was the Rabbi who liberated the Old City of Jerusalem, Hebron and the Cave of the Patriarchs (Abraham, Isaac and Jacob) as well as the burial site of Rachel (wife of Jacob).

Rabbi Goren with the IDF Paratroopers who liberated Jerusalem in ’67

Rabbi Goren after liberating the Temple Mount in ’67

It was then that my awe and admiration was turbo boosted into a whole other dimension! For the first time in 2,000 years a Jew sounded the Shofar on the Temple Mount in Jerusalem. If this is not prophecy in our days, I don’t know what is!

Then there was that little Torah we read from. As I put my arms around it, I felt a bolt of spiritual lighting pierce the deepest part of my soul. It was as if I was transported back in time and could actually see and feel where this Torah has been. 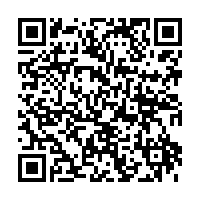