Hashem commands the Jewish people to dwell in Sukkot “that your generations may know that I made the Children of Israel to dwell in Sukkot, when I brought them out of the land of Egypt: I am the Lord your G-d.”

Strangely, before this time, the Torah never mentions that we dwelt in Sukkot. If this merits a special holiday, why isn’t this dwelling in Sukkot ever explicitly mentioned? Sure, clouds can be compared to Sukkot, but the comparison is never made in the text. Compare this to the eating of Matzoh. It is mentioned, repeatedly, in the text. For some reason, the concept of Sukkot is far less concrete than the concept of Matzoh. Why?

In the Jewish calendar of redemption from Egypt, Sukkot is the last of the ‘shalosh regalim’ – or three festivals. Pesach is the first. If we trace the trajectory of these holidays, we can see a pattern emerging.

With Pesach, the Matzoh connection is so physically obvious because we were physical people – slaves emerging from captivity. We understood the physical, and only the physical. Matzoh is food, it represents the most basic of human physical interactions. And it contains within itself our own limitations as a slave people. We knew the Exodus was coming, but we didn’t even have the initiative to think ahead and make a few sandwiches in advance.

Matzoh represents our own limitation in another way. In most circumstances, when we bring offerings, we bring only flour or unleavened bread. Flour represents human effort – the hand-grinding of flour was incredibly labor intensive. Leavening, on the other hand, adds the contribution of Hashem to our productivity – leavening occurs without our labor. At the time of the Exodus, we were not yet ready to see the hand of Hashem in our livelihoods. Shavuot comes in contrast to this. It celebrates the gifts Hashem has given us. We bring the ‘fruit’ of the ground. Fruit represents the gifts of Hashem – just as the trees were gifts to Adam. With leavened bread, we see the hand of Hashem in own productivity. The focus is on the physical and its connection to the divine. If each week contains six days of productivity and one of divine rest then Shavuot celebrates this cycle. But this holiday remains connected to the physical – and the connection is explicit in the text.

Now, we come to Sukkot. The word ‘Sukkah’ is used in very few places prior to the command to dwell in Sukkot. The first involves Yaacov – but it is a very unusual verse.

“And Jacob journeyed to Succoth, and built him a house, and made Sukkot for his cattle. Therefore the name of the place is called Succoth.”

Looked at as a standalone verse, the phrasing is unusual. He travels towards Sukkot. He builds Sukkot there. And so the place is called Sukkot. How could he have travelled towards Sukkot if it was not yet called Sukkot? There are other unusual things: In no other place do the forefathers build houses, and in no other place prior to the Exodus does anybody build anything for their cattle. Sukkot seems to be a description – and not of a place, but of a manner of being. And rather than being temporary, it seems quite permanent. In the very next verse, Yaacov comes to Shechem. He buys land on which to pitch his tent (also a first). And he becomes quite angry when his son’s actions in regard to Shechem force him to travel once again. Yaacov seems to want to experience the unchanging.

When the Jewish people leave Egypt, the first stop they make is in Sukkot. But it can’t be the same Sukkot – they aren’t in the land of Israel, and Yaacov was. It is only here, during this brief stay, that they literally dwell in Sukkot during the Exodus. 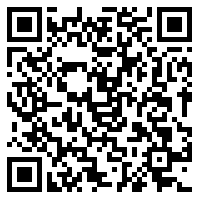