It is not a very nice word, either.


In terms of the never-ending Arab and Muslim violence against the Jews of the Middle East the word “occupy” has ominous connotations.

It implies the brutal military occupation of those heinous Jews upon another people’s land.

The word “occupy” also, of course, has benign connotations when used in other contexts. For example, no one would have any problem, – other than Jihadis – with the fact that I am occupying my chair in my office.

The truth, however, is that Israel occupies Israel like France occupies France or the Czech Republic occupies the Czech Republic. There is nothing remotely illegal or illegitimate, to use Obama’s term, about Jews living and building in the land Jewish people have occupied for over 3,500 years.

The Land of Israel is where Jews come from.

This is to say that the foundation of the conflict is an irrational and Koranically-based hatred toward the Jewish people, without whom Islam would never have emerged to begin with. Without Israel, which is to say without the Jewish people, there never would have been a Koran or the emergence of imperial Islam.

Understand, of course, that I take no particular pride in the Jewish roots of the Islamic faith, but it is historically undeniable. Islam, as George W. Bush famously misstated, is not a “religion of peace.” On the contrary, Islam is a religion of war and submission that divides the world into Dar al-Islam, the Home of Islam, and Dar al-Harb, which is the Realm of War or House of the Heathens.

Christianity, despite the historical behavior of Christians, actually is a religion of peace because its founding figure, Jesus the Jew, was a philosopher of peace.

There are mystical and spiritual aspects to the faith, such as QBL (Qabalah) or Tikkun Olam, a notion which derives from the former and that means to “repair the world,” but at its core Judaism is grounded in Torah, just as Islam is grounded in al-Sharia.

And that is the very definition of Jihad. 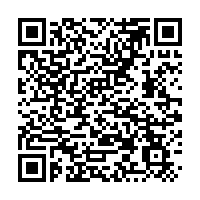