Two years after Operation Protective Edge, in which 66 IDF soldiers and five civilians were killed, the bereaved families of the fallen are demanding an independent committee to examine the preparations for the war, the way it was conducted, and the lessons to be learned.

The 32 families on Sunday demanded in a letter to Prime Minister Netanyahu and Defense Minister Liberman that a state commission headed by a judge investigate the government’s decision-making process throughout the war.


In their letter, the families mentioned the fact that the Knesset Foreign and Security Committee had been asked to examine the events of the 2014 war and has yet to issue a report. One report that had been produced by the committee was shelved because of the 2015 elections. Referring to the same committee’s publicized intent to renew its investigation, the families argued it made no sense to “reconvene a committee that has already investigated the events and opted not to publish its conclusions.”

“Even if the decision to shelve the conclusions was made by a different person than the current committee head, it would be inappropriate to renew the discussion after such a long period of time, and it could appear as a lack of transparency or exterior pressures which do not belong in an investigation of this scope,” the families wrote.

On the evening of June 12, 2014, three Israeli teenagers were kidnapped and later murdered in Judea and Samaria by Hamas operatives. Their bodies were discovered on June 30. Israel retaliated with air strikes on Gaza in which 3 Arabs were killed and a dozen injured. Hamas retaliated with rockets that were fired at Israeli civilian centers wounding three people. On July 7, 80 rockets were fired from the Gaza Strip, and the Netanyahu security cabinet decided to launch a counter-terrorist operation. The IDF bombarded targets in the Gaza Strip with artillery and airstrikes, and Hamas continued to fire rockets and mortar shells into Israel. A cease-fire proposal was announced by the Egyptian government and PA Chairman Mahmoud Abbas on July 14, and the Israeli government accepted it and stopped the attacks on the morning of July 15. But Hamas rejected the ceasefire and the war was renewed. By July 16 the death toll in Gaza had reached 200.

On July 16, Hamas and Islamic Jihad offered a 10-year truce with ten conditions, including lifting of the Gaza blockade and the release of prisoners who were re-arrested after being released in the Gilad Shalit prisoner swap. Israel refused those terms. On July 17, a five-hour humanitarian ceasefire, proposed by the UN, took place. But a few hours before the ceasefire was to start, 13 armed Hamas terrorists emerging from a tunnel on the Israeli side of the Gaza border. The IDF destroyed the tunnel’s exit, ending the incursion.

Shortly after the battle, twenty civilians from Shuja’iyya were shot for protesting against Hamas. Hamas said it had executed Israeli spies.

On August 3, the IDF pulled most of its ground forces out of the Gaza Strip after completing the destruction of 32 terror tunnels. On August 5 Israel announced that it had arrested Hossam Kawasmeh, suspected of having organized the killing of the three teenagers. According to court documents, Kawasmeh stated that Hamas members in Gaza financed the recruitment and arming of the killers. 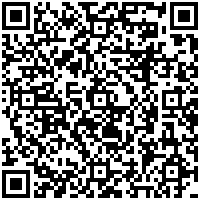