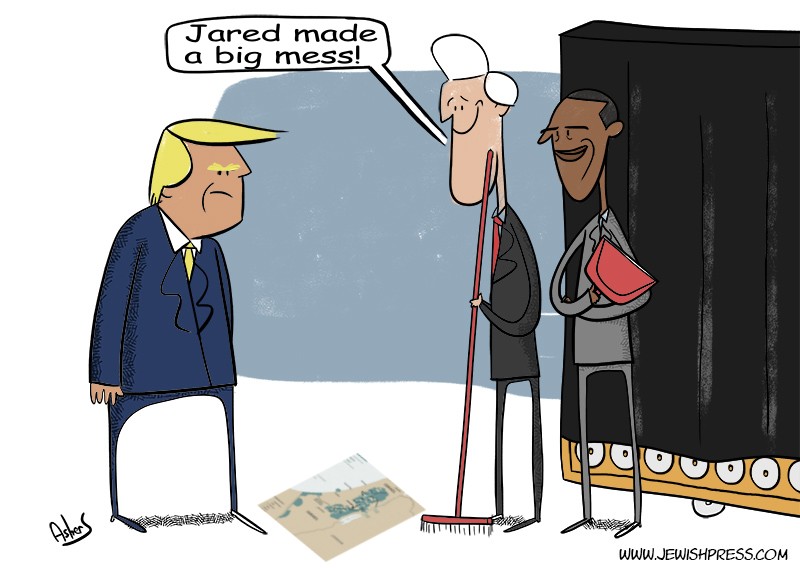 You couldn’t hold back the American enthusiasm when they released their Deal of the Century.


President Trump was enthusiastic. Ambassador David Friedman said Israel could begin annexing immediately. Everyone was talking about it happening this Sunday. There was true excitement in the air of real changes happening for the better.

But then something happened.

First, Ambassador Friedman walked back his original and very clear statement, and said there will (suddenly) need to be a US-Israel committee to review any annexation plans, which will work on the plans quickly (as if any committee works quickly).

Then (as the Muqata was the first to point out) came the questions about the contradiction in the plan regarding maintaining the status quo on the Temple Mount while allowing times for Jewish prayers.

And finally, Jared Kushner finished us off with a sharp twist of his knife, stating in an interview that Israel should wait until after elections for any annexations, and even then it will take months to review.

Here at the Muqata, we immediately pointed out the primary danger of this fragile plan – it relied on the good will of the American administration and on the political outlook of the then current Israeli government. Admittedly we were worried about the administration after Trump, and if Gantz-Lapid won.

For this plan to work it relies on the parties involved implementing the good parts, while not looking away at the PArab violations, as has always been done in the past.

Israel would immediately receive the minimum of what is ours, while the Palestinian Authority was put on notice and given the time and opportunity to decide if they could and wanted to transform their society into a peaceful one and join the family of civilized, democratic countries.

If the PArabs joined civilization, Israel would get a truly peaceful neighbor while maintaining the ability to defend ourselves. If not, well then everything Israel didn’t already apply sovereignty on would once again be up for grabs.

But that requires everyone doing and keeping to their part.

But as we see now, it doesn’t appear to be meant to be.

If sovereignty is not applied before elections, in full, on every Jewish community in Judea and Samaria and the Jordan Valley, it will not happen after the upcoming Israeli elections.

Netanyahu can bring back Naama and Pollard, forge open relations with another Muslim country, and it won’t make the slightest bit of difference to Israelis. Israel wants sovereignty applied, and that has now become what this election is about.

The dream of applying sovereignty over our Jewish communities, alongside American recognition and acknowledgement of our rights, woke Israel up to the possibility of something different happening, something better – that the Americans finally realized the truth and the reality of the situation, and were moving past the false peace processes, the false promises and the false prophecies of the past.

While under a Gantz-Lapid coalition, sovereignty won’t happen.

A Blue&White led leftwing coalition will happily accept the freeze component of the Deal of the Century while they wait forever for the PArabs to respond, but sovereignty will never be applied, or at best, only at its most minimum. Too many within Blue&White and their natural coalition partners are against it.

And the truth is, even if Netanyahu wins, it’s unclear that without the pressure of elections that Bibi will maintain his backbone long enough to implement it so quickly or expansively either.

At least during Oslo the left were able to declare the terror attacks as “sacrifices for peace.”

They’ll be described as “sacrifices for a hot air press conference in the White House.”

It can’t be that the Americans didn’t expect Israel to be enthusiastic about applying sovereignty. The Americans were just as excited.

It can’t be they didn’t expect the Jordanian dictator to balk and claim his citizens will overthrow his government if Israel applies sovereignty. He always claims that, and at some point it’s going to happen anyway.

It can’t be the Americans didn’t know their press conference would cause an uptick in terror attacks. We all knew that.

Even before the plan was released, there were press leaks that the plan talked about settlement freezes.

It seems to me there are two factions within the Deal of the Century, each with their own interpretation as to how it should be implemented – and Jared’s faction is currently stronger than Friedman’s.

“That’s another fine mess you’ve gotten me into.”
–  Oliver Hardy

If Bibi doesn’t apply sovereignty now, he will lose the elections. President Trump certainly doesn’t want that to happen.

If Bibi applies sovereignty, he will be going against the surprising, but explicit wishes of a key and influential member of the Trump administration, and “best friend ever” or not, that won’t go down well.

There is a solution that fits within the parameters of David Friedman’s original statement, and Jared Kushner’s wet blanket that would destroy everything.

No one, not even Kushner disagrees that sovereignty (or annexation) will be applied to all the communities in Judea and Samaria and the roads leading to them. No one disagrees regarding the Jordan Valley either.

In fact, that can be left open forever from my perspective, and we’ll interpret that with the widest possible interpretation.

If Kushner is telling the truth, that his objection is due to not yet resolving all the exact details, then he certainly can’t object to Israel taking steps on what everyone already agrees on.

But, if Kushner is looking at this like a real estate deal, and the presented plan is just a term sheet, and nothing is done or can be done until a contract is signed, then he just demolished his father-in-law’s peace plan and peace partner with a single interview. 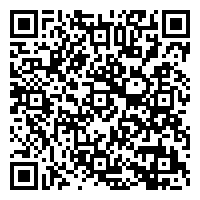