Click here to view the plan, Peace to Prosperity, in its entirety.

One of the first and strongest points of the plan was the president’s firm promise that “Jerusalem will remain Israel’s undivided capital.”

However, moments later, Trump qualified the statement by explaining that the newborn Palestinian state that would emerge with the plan — assuming the Palestinian Authority agreed to the conditions therein, including the promise to renounce violence and terrorism, a permanent halt to financial compensation to terrorists and an agreement by Gaza’s ruling Hamas terrorist organization to completely disarm — would acquire parts of eastern Jerusalem for the capital of its own state.

The Al Aqsa Mosque and other Islamic holy sites on the Temple Mount are to continue to be under the supervision of the King of Jordan, Abdullah II, via the Islamic Waqf Authority, as they are today, to preserve the “status quo.”

Under the plan, “this map will more than double Palestinian territory,” Trump said, adding there would be $50 billion invested in the new Palestinian state. In addition, a new US Embassy would be built in eastern Jerusalem to serve the new state.

This is what a future State of Palestine can look like, with a capital in parts of East Jerusalem. pic.twitter.com/39vw3pPrAL

Trump sent a letter to Palestinian Authority leader Mahmoud Abbas on Tuesday, he said, urging him to reconsider his outright rejection of the plan.

There would be a four-year phase-in period during which adjustments and compromises could be made. However, he promised, “No Palestinians or Israelis will be uprooted from their homes.”

Calling the plan the “opportunity of the century, “Israel’s prime minister said in his response that his nation would “not miss this opportunity” and thanked the president repeatedly for the long list of actions he has already taken that have helped the Jewish State.

Before the presentation was concluded, the news was already making its way around the internet that Mahmoud Abbas — who also heads the Palestine Liberation Organization — had refused to accept the letter from the president.

Israeli Arab Knesset Member Ahmed Tibi confirmed on Israel’s Channel 12 television news that the White House had also sent over the text of the peace proposal to the Muqata, where Abbas was meeting with PA and Hamas officials; but Abbas refused to accept that as well.

Earlier in the day, Israel’s military said in a statement that it has ordered reinforcement of its forces in the Jordan Valley ahead of the historic announcement.

“Following the ongoing situation assessment conducted in the IDF, it has been decided to reinforce the Jordan Valley area with infantry troops,” the IDF said. 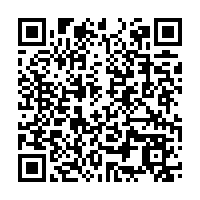