I’m not sure which is more worrisome: the ease with which the media, politicians and public opinion were manipulated by the White House and by Ben Rhodes and his associates, or the fact that Ben Rhodes and his associates not only do not care care that their methods have been exposed, they are openly proud of how they did it and are apparently just waiting for the next opportunity and client, so they can do it again.

The Ploughshares Fund was one of the most egregious abusers of the public’s right to receive good, unbiased information, when, during the critical period leading up to the Senate vote on the Iran nuclear deal, suddenly new organizations and experts began popping up out of nowhere, filling up the internet and social media with their distorted information.


Ploughshares used their money to network and amplify the voices of 86 organizations and 200 individuals during the Iran Debate, creating, what Ben Rhodes described as an “echo chamber” effect, where it looked and sounded like the voices on their side of the public debate were the overwhelming majority, always making a point to be there to oppose any conflicting opinion.

But this isn’t the first time we’ve seen this technique being used.

Remember V15 in Israel? A previously unknown group which popped out of nowhere during the 2015 elections and tried to oust PM Netanyahu, claiming to be a “grassroots” organization, yet flush with suspiciously copious funds, enough to make a lot of noise. Now we know V15 was connected to OneVoice, which had received a $233,500 grant from the US State Department in 2013, according to NGO-Monitor, and, by their own admission, other money from overseas Jews, including S. Daniel Abraham (Founder of Center for Middle East Peace) and Daniel Lubetzky (Founder of PeaceWorks, which created OneVoice Movement). They also hired Jeremy Bird, President Obama’s 2012 campaign director, to help in their anti-Bibi campaign.

Then there’s that multi-headed hydra, The New Israel Fund, with the multiple NGOs they fund.

The Left’s war for the public’s votes and opinions isn’t being fought based on issues or values. Its operation is based on confusing the message and tricking the public, overwhelming them with variations of the same message over and over, simultaneously hitting them from different sources from every direction, having them think that support for one side of the debate is overwhelming larger than it is, trying to give credibility to radical ideas simply through constant repetition — when in fact those who support it may be minuscule in numbers and in some cases dangerously on the fringe.

I expect that the reporters who thought they were actually in tight with President Obama and then discovered they were being proactively manipulated will let it happen to them again, despite whatever anger and embarrassment they feel right now. And who in the public is going to remember Ploughshares, V15 and NIF’s manipulations come the next event or policy they want to manipulate?

The question is, how do we fight it?

Do we immitate them and duplicate their media manipulations — fighting fire with fire, to the point where no one has credibility any more, and it comes down to who can slam you harder and more often with his message?

Or do we stick to the truth and hope that by pointing out how easily they were fooled last time, this time they won’t let it happen — praying that even that message doesn’t get overwhelmed by the next Ben Rhodes’ “hammer and ploughshare” campaign?

I don’t have the answer. I don’t believe that those on our side of the political spectrum even comprehend the scale and deviousness of the media and public opinion manipulations of the Left.

But if we don’t learn, if we don’t try and if the financial backers on our side ignore these lessons, whatever the solution, then our message, our truth, our way of life will simply be drowned in the Left-generated echo chambers of social media and lies. 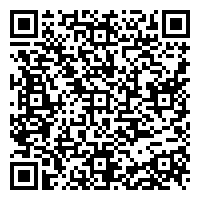